Jesse Ryder and his many controversies

New Zealand batsman Jesse Ryder just cannot seem to steer clear of controversies. After nearly losing in life in a bar brawl earlier this year, he has now been suspended for six months after a drug test found him testing positive for a banned substance.

New Zealand batsman Jesse Ryder just cannot seem to steer clear of controversies. After nearly losing in life in a bar brawl earlier this year, he has now been suspended for six months after a drug test found him testing positive for a banned substance. Although he unintentionally ended up taking the banned substance as part of medication to reduce weight, the tribunal which handed him the ban concluded that there was a warning on the packaging of the medicine he was using, which should have been enough for him to approach the authorities concerned. As Ryder serves his ban, we look at other controversies to have hit the left-hander during a turbulent career. 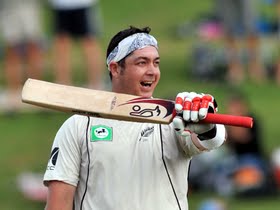 February 2008: The troubled times had actually begun for Ryder even before he played his first international. Adam Parore, a renowned former New Zealand wicketkeeper had termed him too fat, and was also aware of his issues with discipline. And, it was not long before the world had seen a glimpse of the same. Playing in only his second one-day international, Ryder made an unbeaten 79 against England, a high-quality knock. He had played his part New Zealand’s 3-1 series win over England in the home series. But, while celebrating wildly, he cut his hand while trying to break into a toilet in a Christchurch bar. The injury was so bad that it required a surgery.

January 2009: Since, he hadmade an impressivestart to his one-day career, Ryder was given a chance to make his Test debut immediately after recovering from his injury. However, he was soon back to his undisciplined ways. A drinking session during the one-day series against West Indies meant that he missed the team meeting on the morning of the third ODI, and did not undergo training as well. Taking strict cognisance of Ryder’s unprofessional attitude, Ryder was dropped for the next ODI.

April 2010: Admitting that he had a serious drinking problem and that he was working on the same, Ryder made another effort to resurrect his career. For a brief while things seemed hunky-dory. In March 2009, the southpaw struck his maiden ODI hundred at Christchurch and in the Test series that followed he made 201 at Napier. But, in April 2010, he was fined a sum by New Zealand cricket board for his ‘intoxicated and rowdy’ behaviour at a hotel during an indoor cricket tournament earlier that year. Ryder again admitted to the charge of serious misconduct, and went to the extent of stating that what he did was totally unacceptable.

March 2013: There were a few more transgressions along the way, minor considering the case history of the bulky batsman. However, in March this year, his erratic ways almost cost him his life. Ryder had to be put into induced coma after being assaulted twice in a bar in Christchurch. Ryder had been out drinking with his friends when an altercation took place between his group and another one. Ryder was supposed to head for IPL 6, but instead ended up nursing his injuries in the hospital, and luckily survived.