DLF IPL 2012: Mumbai Indians pulled off an incredible 1-run victory over hosts Pune Warriors after posting a low total of 120! Pune Warriors struggled to get going after losing three crucial wickets of Uthappa, Ryder and Clarke pretty early in the run chase.

Mumbai Indians pulled off an incredible 1-run victory over hosts Pune Warriors after posting a low total of 120! Pune Warriors struggled to get going after losing three crucial wickets of Uthappa, Ryder and Clarke pretty early in the run chase.

From a score of 47 for 4 in 9.5 overs with the departure of Steven Smith, Pune Warriors was steadily making it very difficult to win the match. Skipper Sourav Ganguly made matters worse with a ridiculous 16 after consuming 24 deliveries! With three overs to go and Pune needing 27 to get, Ganguly got bowled by a slower one from Malinga.

Some heroic shots from Mithun Manhas kept the hopes alive for the hosts. The match went to the wire with Pune Warriors needing 12 to get from the last over to be bowled by Munaf Patel. The homeside could manage just a boundary in that final over to lose the contest by just the one run! Mithun Manhas remained unbeaten on 42 from 34 balls with 5 fours but unable to take his team home. 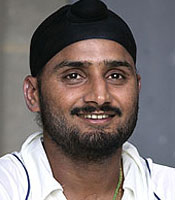 Skipper Harbhajan Singh led the way for Mumbai Indians with figures of 2 for 18 in 4 overs. Lasith Malinga, Munaf Patel and Pragyan Ojha did a fabulous job as well to help Mumbai Indians to a shock victory.

Mumbai Indians slogged hard to reach a poor total of 120 for 9 on what was a slow and low pitch at the Subrata Roy Sahara Stadium in Pune. Despite a solid start of 50 for 1 in 7.4 overs, Mumbai Indians failed to consolidate as they lost key wickets to find themselves in deep trouble at 93 for 6 in 16 overs.

Sachin Tendulkar was the top scorer with 34 which took him 35 balls. The rest of the batsmen cound’t contribute anything significant apart from him. At one stage, Mumbai Indians slipped to 93 for 7 but somehow got to the modest score thanks to Dinesh Karthik’s 18* (from 22 balls) and Lasith Malinga’s 14 (from 14 balls).

The Pune pacers did an incredible job for their Skipper. Bhuvneshwar Kumar gave away only 9 runs in 3 overs taking two wickets, Ashish Nehra took 2 for 19 in 4 overs while Wayne Parnell gave away only 18 in his 4 overs.

Toss and Teams: Mumbai Indians have won the toss and opted to bat first at the Subrata Roy Stadium against hosts Pune Warriors. The big news for Pune Warriors is that Jesse Ryder and Ashok Dinda comeback into the side. For the Mumbai Indians, Sri Lankan all-rounder Thisara Perera and Pragyan Ojha get a game. The major setback for Mumbai Indians is that Kieron Pollard misses out because of a shoulder injury.