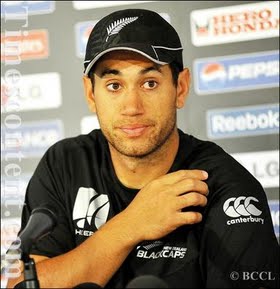 Taylor served as vice-captain under Vettori and his appointment was widely expected, with wicketkeeper-batsman Brendon McCullum seen as his main rival for the skipper's position.

The 27-year-old said he was humbled by the appointment and believed New Zealand had the talent to be a force in world cricket.

"I've learnt a great deal about leadership having played under Dan Vettori and feel ready to take on what is one of the highest honours in New Zealand sport," he said.

"I'm looking forward to the challenge and appreciate the level of responsibility that comes with captaining your country."

"We wanted to make sure the right people were involved and that we appointed the right man for the job - I'm sure we have done that."

Vettori held the captaincy for four years and stepped down after guiding New Zealand to the World Cup semi-finals to concentrate of his goal of becoming the second Test player behind India's Kapil Dev to take 400 wickets and 4,000 runs.