England fought back hard on Day 2 at Mohali to restrict India to 271 for 6, after themselves being bowled out for 283. Here’s a look at some interesting stats from the second day’s play

England fought back hard on Day 2 at Mohali to restrict India to 271 for 6, after themselves being bowled out for 283. Here’s a look at some interesting stats from the second day’s play.

Ravichandran Ashwin continued his impressive all-round show. On Sunday, he became only the second Indian to score 500 runs and take 50 wickets in a year. He was unbeaten on 57 at the end of day’s play, Kapil Dev is the only other Indian to achieve the feat -- in 1979 and 1983. Overall, there have been only 10 such instances in Test cricket. Shaun Pollock and Ian Botham have done it twice each. 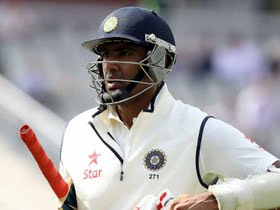 Pujara has resurrected his Test career with very good performances this year. He has scored 748 runs so far at an impressive average of 62.33.

There has not been a single hundred across the two sides after the first two days of the Mohali Test. Jonny Bairstow’s 89 is the highest score in the Test so far. Three Indians crossed fifty on the second day, but no one reached three figures – Virat Kohli made 62, Ashwin was unbeaten on 57, and Pujara 51.

Adil Rashid is the leading wicket-taker in the series with 16 wickets averaging just over 28. This tally is already the fourth highest by an overseas legspinner in a Test series in India. Rashid has taken a minimum of three wickets in an innings four times in this series so far.

Karun Nair was run out for 4 on his debut. He became the 12th Indian batsman to be run out on Test debut. Anil Kumble was the last Indian to be run out during his debut against England at Old Trafford in 1990.

Ajinkya Rahane’s poor form continued as he was dismissed for a duck. He is averaging only 12.60 in the series, with merely 63 runs from five innings. This is actually the first instance since his debut series against Australia (in which he played only one Test) that Rahane has not reached fifty in his first five innings of a Test series.