The injury-hit Indian cricket team heaved a sigh of relief after opener Murali Vijay was declared fit for the opening Test against the West Indies, starting here on Monday.

The injury-hit Indian cricket team heaved a sigh of relief after opener Murali Vijay was declared fit for the opening Test against the West Indies, starting here on Monday. 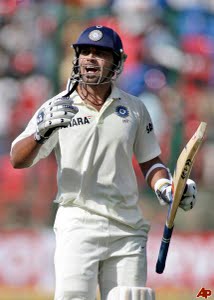 Vijay, who was hit on his right forefinger in his first practice session on Friday, has suffered no real damage.

Vijay was back in the nets and batted with intensity at Sabina Park on Sunday.

The Indians, unhappy with the practice facilities, chose to send their batters to a faraway location while the bowlers bowled alongside the main pitch at Sabina Park.

Praveen Kumar, Amit Mishra and Harbhajan Singh bowled for a long period in trying to work out the right length for the Test match. They also had a fair idea of the bounce the pitch would offer over the next five days.

The batters though returned to the venue once it was known that the repairs had been done and the practice pitches were fit to be used.

Even though Vijay is fit, there is still uncertainty over the fitness of pacer Munaf Patel.

Munaf, who is battling an elbow injury, was again out of action on Sunday.

It is ironical that on a pitch which offers a great deal of bounce, India would be forced to go with just two medium-fast bowlers in the match.

Ishant Sharma and Praveen Kumar will be sharing the new ball but there is no other fast bowler on whom skipper Mahendra Singh Dhoni can fall back upon.

Replacement medium-pacer Abhimanyu Mithun is expected to arrive on Monday, well after the first day's play is over.

Mithun thus has ruled himself out and with the team unlikely to take chances on Munaf, it appears certain that India would go into the Test with two pace and an equal number of spinners.

It seals the place for leg-spinner Amit Mishra who, despite his one-day heroics, must have been praying for his inclusion in the side after being out for 10 months.

Harbhajan Singh will be keen to do well as well since he needs only seven wickets to reach the magical 400-wicket mark in his 94th Test.