India opener Gautam Gambhir should be fit to bat on the final day of the first Test against England if required, team manager Anirudh Chowdhary declared at the end of the penultimate day's play at Lord's here on Sunday.

India opener GautamGambhir should be fit to bat on the final day of the first Test against England if required, team manager AnirudhChowdhary declared at the end of the penultimate day's play at Lord's here on Sunday.

"It was an impact injury. We have got it x-rayed and there is no fracture, nothing of the sort. He is presently icing it and he should be good (to bat tomorrow)," stated Choudhary. 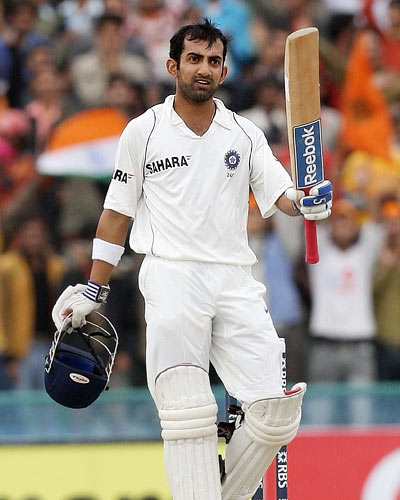 Gambhir was hit on his left elbow by a full-blooded sweep shot by England's centurion Matt Prior while fielding at forward short leg.

He did not come out to open India's second innings, giving the place to RahulDravid.

There was some more good news for India concerning SachinTendulkar and the perceived slow over-rates of the Indian team which, if otherwise, could have resulted in a ban for skipper Mahendra Singh Dhoni ahead of the second Test at Trent Bridge.

Tendulkar, apparently, is on his way to recovery from the viral infection that stopped him from fielding for 215 minutes during England's second innings.

He came out to field after tea and will be able to bat on Monday either after 98 minutes or at the fall of the fifth wicket, whichever is earlier.

The word on Zaheer Khan was ambiguous which in other words implies that the left-arm seamer could be struggling to recover from his hamstring strain for the second Test.