It will be an equal of sorts, but of a different kind when England face Sri Lanka at the Feroz Shah Kotla in Delhi on Saturday. Both teams are still very much in contention to make it to the final four.

It will be an equal of sorts, but of a different kind when England face Sri Lanka at the Feroz Shah Kotla in Delhi on Saturday. Both teams are still very much in contention to make it to the final four. But, after the contest on Saturday, one side will move closer to the goal, and things will become extremely difficult for the other. England go into the match having beaten South Africa and Afghanistan, but their batting effort in the last match was anything but impressive. On the other hand, Sri Lanka managed to survive the banana peel clash against Afghanistan, but were easily overcome by a strong West Indian outfit. On paper thus, England would go in as the better side.

Joe Root's men survived a major scare against Afghanistan, and batsmen must learn stern lessons from the game. They have a strong and confident batting line up, and should look at the Afghanistan disaster as a one-off. Jason Roy and skipper Root after all played brilliantly to chase down a record score against the Proteas. Of course, that was on a belter at the Wankhede Stadium in Mumbai. At Kotla, where there is more assistance for the slower bowlers, they will be tested again, as will the rest of the batting. The likes of Alex Hales, Ben Stokes and Jos Buttler will need to stand up and deliver. They clearly haven't lived up to expectations so far.

It was England's bowling that saved them the blushes against Afghanistan, but the task would be much tougher against the Sri Lankans. The supremacy of spin duo Adil Rashid and Moeen Ali would be challenged against Sri Lanka. While on Ali, it must be said that he has slowly but surely established himself as a decent contributor with bat and ball, as observed against Afghanistan. Among the pace bowlers, England will be looking up to Liam Plunkett, who was unplayable in the last match to stand up and deliver again. At the same time, they would also want Stokes to raise his game with the ball. Good efforts from the likes of David Willey and Reece Topley will come in handy.

Sri Lanka have had a mixed tournament so far, having lost to West Indies and beating Afghanistan, but the real challenge has only just begun for them. The big problem for Sri Lanka, especially in the batting department, is their heavy reliance on Tillakaratne Dilshan. The veteran opener hit form in the first match, but could not make much of an impression against the West Indies. Among the others, Dinesh Chandimal and Chamara Kapugedara, who have been around for years, just refuse to show the maturity expected of them. Even skipper Angelo Mathews has been off the radar so far. It has been only Dilshan at the top, and Thisara Perera at the bottom, who have delivered. 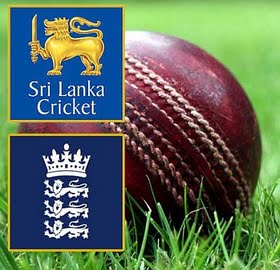 With no Lasith Malinga in the bowling department, Sri Lankan attack has lost a lot of teeth. Against England, they will have to depend heavily on left-arm spinner Rangana Herath to deliver. He should get some purchase out of the surface, and must try to prey of England's weaknesses that were exposed by Afghanistan. There is also leg-spinner Jeffrey Vandersay, who also did well against Afghanistan. In the pace department, Sri Lanka will depend on the earnest Nuwan Kulasekara, who will have to be backed by Dushmantha Chameera. The pace bowler is quick, but still needs to learn to adapt to situations. Of course, back-up will also be sought from Mathews and Perera. Looking at the strengths and weaknesses of the teams, a close contest could be on the cards.