Upcoming IPL will be a good preparation for the T20 World Cup, admits Jonny Bairstow

"It will be a great opportunity to play at different grounds that we could potentially be playing in the T20 World Cup. Also to see how different teams will go about bowling in those conditions," Bairstow said at a virtual press conference.

"Because, naturally with the dimension of the grounds and also wickets, it varies how attacks go about defending totals and batsmen go about setting them, so it will be an interesting competition," he added.

Bairstow and Jason Roy featured in an opening stand of 135 in the first ODI against India. The former went on to hammer 94 but England crumbled in the chase of 318. 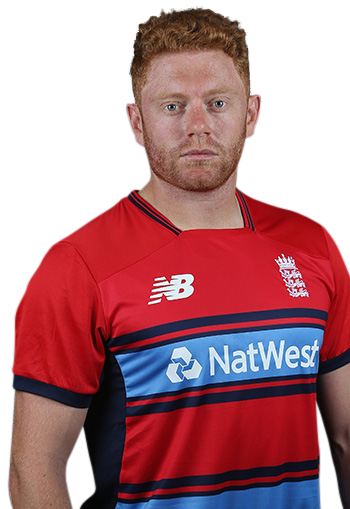 Opening up about his chemistry with Roy, Bairstow added, “It's easy chemistry, there are no great shakes to it. We talk about very simple things out in the middle and keep it very simple. It's not as if we're talking about 'OK, I'm taking him' or anything like that, it's a go with how the game pans out approach."

If you look at yesterday and I think I was nine of 18 and I end up getting 90-odd off 60. Yesterday was a fairly slow start, the way that Bhuvneshwar Kumar bowled at us didn't allow us to get off to that fast start. However, we caught it up,” the England opener further said.

Bairstow also spoke up about the decision of him being rested for the first two Tests against India. The move was criticised by a number of ex-England cricketers. While Bairstow played the remaining two Tests, he seemed completely out of touch, and was bamboozled by the Indian spinners.

Speaking about England’s rotation policy, the aggressive opener further said, "We all know the amount of cricket that is coming up, we are only 7 months away from World Cup and back of that is Ashes and then West Indies tour next winter, and that's without mentioning anything about English summer, so it is not easy thing scheduling when people will need slight break.”

India and England meet in the second ODI of the three-match series on Friday, March 26.