That Chennai Super Kings are amongst the best T20 sides in the world goes without say. Unfortunately, the men who run the team are giving a bad name to CSK. Gurunath Meiyappan was recently named for his involvement in betting during IPL 6.

That Chennai Super Kings are amongst the best T20 sides in the world goes without say. Unfortunately, the men who run the team are giving a bad name to CSK. Gurunath Meiyappan was recently named for his involvement in betting during IPL 6. Being the former team principal and son-in-law of BCCI chief N Srinivasan, his naming is a huge setback to the CSK. Even as the Chennai players live under a cloud, they credibly continue to perform well when they take the field, putting behind all their worries. Out in the middle, it is just another day at office for them. Sunday was no different.

Chennai were chasing a massive score put up by Titans batting first at Ranchi, but got home with a breeze courtesy an exceptional batting performance. The key to Chennai’s easy win on Sunday was the splendid partnership between Suresh Raina and Michael Hussey. The two left-handers have been key components of the Chennai franchise ever since the team came into being. Against Titans, they once again showed how important their presence is out in the middle for Chennai while chasing a big total. Chennai had lost Murali Vijay very early, but Raina and Hussey helped they recover. 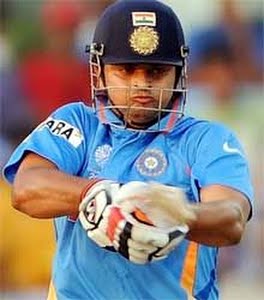 The most striking feature of any Raina-Hussey partnership is that is that they never allow the opponents to dominate under any circumstances. Both have the big strokes to relieve the pressure and transfer the same onto the opponents. Additionally, they are also excellent runners between the wickets, as a result of which they ensure that the opponents always need to be on their toes. Titans were definitely at the receiving end of Raina and Hussey’s luminous talents. Despite the fact that they were defending a massive score, they never looked like thwarting Chennai throughout the chase.

The effectiveness of Raina and Hussey can be gauged from their respective strike rates they maintained during their innings – 167 and 180 respectively. Though both fell short of their half-centuries, Chennai were well and truly on their way to victory by the time they were dismissed. Titans did smell a sniff having got rid of the two set batsmen, but the thing with Chennai is that once they get on a roll it is difficult to stop them. Dwayne Bravo came in and smashed his favourite lofted sixes to ensure everything remained smooth even as S. Badrinath guided the team home with his trademark calmness.

Titans shouldn’t be too disappointed since they clearly went down to the better side on the day. Instead, they must look at the positives and build on those. Titans’ batting performance in the game was top class. A B de Villiers played a spanking knock to reiterate how dangerous he is in the T20 format. His sizzling innings coupled with a bright half-century by skipper and opener Henry Davids took Titans to what looked like an imposing total. Chennai’s bowling was pretty much massacred, but Raina and Hussey made sure that they returned the favour with even greater brutality.