Indian leg-spinner Yuzvendra Chahal has stated that he tried to bowl quick leg breaks, but with a different seam position during the third T20I against South Africa on Tuesday. Having lost the first two matches, India were in a must-win position in Vizag. Defending a total of 179, Chahal claimed 3 for 20 as the hosts bowled out the visitors for 131 and registered a crucial 48-run victory.

India lost the toss and batted first for the third game in a row. Half-centuries from Ruturaj Gaikwad and Ishan Kishan saw the Men in Blue post a competitive 179 for 5. Chahal and Harshal Patel (4/25) then ran through the Proteas batting line-up. The leg-spinner was in his elements after struggling in the first two matches. He got the wickets of Dwaine Pretorius, Rassie van der Dussen and Heinrich Klaasen in what was a match-defining spell. 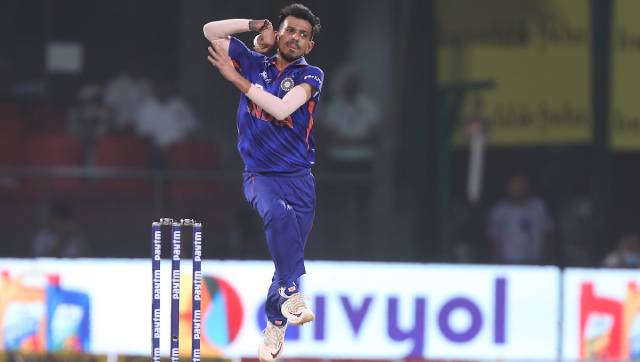 Speaking after winning the Player of the Match, Chahal admitted that he had changed a few things in his bowling. He explained, “I was bowling too many and quick sliders in the last game. I spoke to Paras sir and coaches about it. So I tried to bowl quick leg breaks, but with a different seam position today. I want to turn and dip the ball, I couldn't do it the last time so they were able to hit through the line. I tried to get some turn and change the line of the ball. I was trying to bowl to my strengths today.”

The 31-year-old added that bowlers have to be prepared for batters as they will attempt shots like the reverse sweep to unsettle the spinners. He elaborated, “When you get middle-order batsmen out in the middle overs, the pressure is on them. Batsmen try a lot of sweeps and reverse sweeps these days so we have to be prepared for that too, as bowlers.”

Admitting that he didn’t bowl well in Cuttack, Chahal concluded, “In the last game too there was some help for spinners but I didn't bowl that well. The ground is big, thankfully in Rajkot (laughs)!

The fourth T20I of the five-match series between India and South Africa will be played at the Saurashtra Cricket Association Stadium in Rajkot on Friday, June 17.