Asia Cup 2nd T20 Sri Lanka vs UAE Preview: Sri Lanka will head into the Asia Cup with mixed feelings. With an inexperienced squad, they thrashed India in the first T20 during the series in India.

Sri Lanka will head into the Asia Cup with mixed feelings. With an inexperienced squad, they thrashed India in the first T20 during the series in India. But, normalcy was restored as India went on to clinch the next two games easily. There is a big difference between the team that played in India, and the one that represented the team in the T20s in India though. A number of key players, who were missing from that previous series are back to strengthen Lanka. The list includes T20 captain Lasith Malinga, Test skipper Angelo Mathews, pace bowler Nuwan Kulasekara as well as veteran left-arm spinner Rangana Herath. The return of these men should give them confidence. 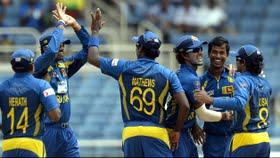 Among the few experienced players who turned out for the team in India was Tillakaratne Dishan. But, he had a very poor series, hardly scoring a run across two matches, although it must be said that he was unlucky on one occasion. In the Asia Cup, Sri Lanka will be heavily dependent on Dilshan to give them blazing starts. The UAE game is a good opportunity for the opener to play himself into some form heading into the bigger challenges. The game will be equally significant for wicket-keeper Niroshan Dickwella as Sri Lanka look to find a stable opening partner for Dilshan, with the experiment of utilising the services of Danushka Gunathilaka in the format proving futile.

Sri Lanka's middle order will need to rise to the occasion. It has been a while since Mahela Jayawardene and Kumar Sangakkara hung up their gloves, and the Lankans are yet to find suitable replacements. Dinesh Chandimal was the stand in captain in the T20s in India, but he really hasn't done much justice to his talent in the T20 format. Sri Lanka will be expecting better as they are aware of his talent. The same applies to Chamara Kapugedara, who has been around international cricket for nearly a decade now. The all-round prowess of Mathews and Thisara Perera definitely gives teeth to Sri Lanka's squad.

The Lankan bowling has been significantly strengthened with the return of their experienced bowlers. Malinga, who missed the India series, will look at the UAE game as an opportunity to get into the groove, and prepare himself for the bigger challenges ahead. He will seek support from another comeback man, Kulasekara. Dushmantha Chameera has been exceedingly impressive for the team in recent times, so he should be the third seamer although there is also Dasun Shanaka, who impressed in India. Herath will look to bring all his experience into play, while Perera, Mathews and Kapugedara can chip in with the ball.

As for UAE, they would just be elated to have made it to the main draw. It was widely expected that Afghanistan would come through, but UAE's shock victory over them changed the equation altogether. While the match against Afghanistan was a close one, UAE impressed with comprehensive wins against Oman and Hong Kong. Undoubtedly, Sri Lanka would be the favourites to win on Thursday, but T20 is such a format that any team can beat anyone on a given day. UAE will be aware for the same. But, for an upset to take place, they will need form players like pace bowler Mohammed Naveed, and batsman Mohammed Shahzad to carry on performing well.