Virender Sehwag to lead Rest of India in Irani Cup

Virender Sehwag has been named as the Captain of the Rest of India squad which will play Ranji Champions Mumbai in the upcoming Irani Cup match. 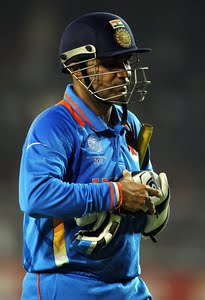 Virender Sehwag has been named as the Captain of the Rest of India squad which will play Ranji Champions Mumbai in the upcoming Irani Cup match. The Rest of India squad features quite a lot of discarded Test players which includes off-spinner Harbhajan Singh. Speedster Sreesanth who had recently made his comeback in competitive cricket after recovering from a knee injury is also included in the ROI squad. The Kerala fast bowler gets a golden opportunity to impress the selectors and force his way back in the Indian team. Another notable inclusion is that of middle order batsman Manoj Tiwary, who returns back after a side strain.

The Irani Cup match between Rest of India and Mumbai begins on the 6th of next month and will be played at the Wankhede Stadium.