Australia need to show all-round improvement at The Oval

Even though Australia’s 15-run loss in the first ODI at Lord’s represented a close contest, with slightly better efforts from the visitors in both the batting and bowling departments, the result of the game could well have been different.

Even though Australia’s 15-run loss in the first ODI at Lord’s represented a close contest, with slightly better efforts from the visitors in both the batting and bowling departments, the result of the game could well have been different. Remember, their bowling was taken apart by Eoin Morgan in the death overs, which turned a score of 250 into 272. Then, while batting, the Aussies were reasonably well placed to chase the target–at 204 for 5 in the 42nd over, with Matthew Wade and captain Michael Clarke well set. However, a fatal mix-up between the two ended the dangerous partnership, and Australia collapsed to an unexpected loss. 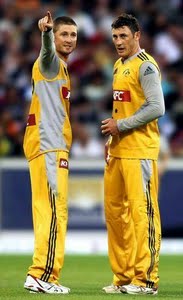 Clarke and his men will have to work on both these aspects as they look to square the series at the Oval. There is no reason why they shouldn’t be able to achieve the same, after all they are still the top team in ODIs. But, it wouldn’t be an easy task since this England team is a confident one following their one-day wins against Pakistan and West Indies. The good news for them is that England’s pace spearhead James Anderson is struggling from a groin injury he picked up at Lord’s. Knowing the England think-tank’s affinity towards resting Anderson at even the slightest injury scare, he would most possibly sit out at the Oval, which would give Australia some respite.

At Lord’s, Australia faltered because none of their batsmen who got starts carried on to play big knocks. David Warner and Clarke both got half-centuries, but among the rest only three crossed 20s. The bothering aspect for the Aussies is that David Hussey looked in a lot of trouble against Steven Finn’s extreme pace while the big-hitting Steven Smith was unconvincing as well.

A change in batting order may not be a bad idea for Australia to try out. Wade and Brett Lee were a lot more comfortable out in the middle than the two batsmen above them in the middle-order. Promoting at least one of them up the order, logically Wade, would make sense. The Aussie wicket-keeper has made an impact with the bat ever since he got an opportunity courtesy Brad Haddin’s decision to pull out of the West Indies series owing to personal reasons. They will need to sort out some issues with the bowling as well, and cannot afford to leak the amount of runs they did in the last overs at Lord’s.

England, meanwhile, have hit solid ODI form and would be keen to continue the same. Alastair Cook and Ian Bell have been giving them good starts continuously while Jonathan Trott has in decent form as well. Morgan returning among the runs with a match-winning knock was a massive plus as well. An injured Anderson may be replaced by Jade Dernbach, which wouldn’t be a bad thing in itself.

The Aussies will come hard at the Oval, but England have the arsenal to keep them at bay.