The India-England Test series gets underway with the first Test in Rajkot on November 9. As a build-up, we look back at England’s last five visits to India. In our first part, we recap England’s tour of India in 1992-1993. Three Tests were played during this series, and India blanked England 3-0

The India-England Test series gets underway with the first Test in Rajkot on November 9. As a build-up, we look back at England’s last five visits to India. In our first part, we recap England’s tour of India in 1992-1993. Three Tests were played during this series, and India blanked England 3-0. 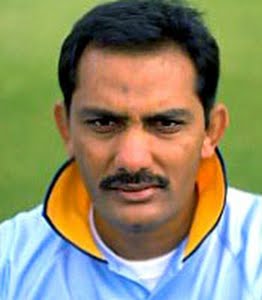 1st Test at Eden Gardens: The first match of the series was played from January 29-February 2, 1993. India won the toss and batted first. Skipper Mohammad Azharuddin led from the front with 182 from 197 balls. Sachin Tendulkar chipped in with 50 as India put up 371. In response, India bowled England out for 163. The Indian spin trio of Anil Kumble, Venkatapathy Raju and Rajesh Chauhan claimed three wickets apiece. Made to follow on, England did better by posting 286 on the board. Mike Gatting made 81 and Alec Stewart 49. Kumble and Raju again claimed three scalps apiece. India were chasing 82 to win, and got there with eight wickets in hand.

2nd Test at Chepauk: The second Test was held at MA Chidambaram Stadium from February 11 to 15. India again won the toss, and decided to bat first. This time, they posted a massive 560 for 6 on the board. Sachin Tendulkar starred with an impressive 165. Opener Navjot Sidhu also got a hundred, making 106. Vinod Kambli, Pravin Amre and Kapil Dev all chipped in with half-centuries. In reply, England only made 286. Neil Fairbrother top-scored with 83, Alec Stewart made 74 and Graeme Hick 64. Raju and Chauhan picked up four and three wickets respectively. England, made to follow-on, were bowled for 252, despite a hundred from Chris Lewis. At the top, Robin Smith made 56. Kumble ran through the attack with 6 for 64.

3rd Test at Mumbai: The third and final Test of the series was played at Wankhede Stadium from February 19-23. This time, England won the toss and chose to bat. Hick’s splendid 178 led England to a first-innings score of 347. Lewis was the next top-scorer with 49. Kapil Dev and Kumble claimed three wickets each for India. India responded with a mammoth 591. Vinod Kambli led the way with an unforgettable 224 from 411 balls. There were some very good support acts from Sidhu (79), Tendulkar (78) and Amre (57). Chasing a big first-innings deficit, England folded up for 229 in their second innings. Smith and Gatting made 60s each while Hick chipped in with 47. Kumble claimed four wickets and Prabhakar three as India won by an innings and 15 runs.