Indian captain Rohit Sharma downplayed the team’s back-to-back losses at the ongoing Asia Cup, pointing out that they haven’t lost a lot of T20 games since last year’s World Cup in the UAE. The Men in Blue were all but knocked out of the Asia Cup after going down to Sri Lanka by six wickets on Tuesday, September 6.

Sent into bat after losing the toss, India posted 173 for 8, build around skipper Rohit’s 41-ball 72. However, apart from Suryakumar Yadav (34 off 29) no other batter made a significant contribution. Virat Kohli was bowled for a duck, while Hardik Pandya, Rishabh Pant and Deepak Hooda failed again.
In the chase, Sri Lankan openers Pathum Nissanka (52 off 37) and Kusal Mendis (57 off 37) played terrific knocks, adding 97 for the opening wicket in 11 overs. India fought back courtesy Yuzvendra Chahal, who claimed three quick wickets. However, Dasun Shanaka (33* off 18) and Bhanuka Rajapaksa (25* off 17) lifted Sri Lanka to victory without any further trouble. 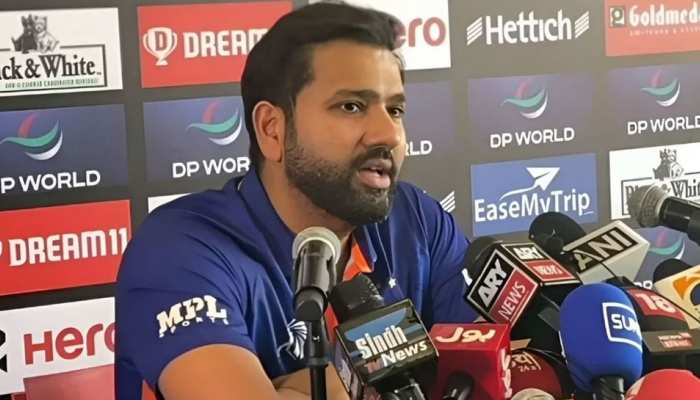 Reflecting on the defeat, Rohit said at the post-match conference, “We just ended up on the wrong side, as simple as that. We could have capitalized on the first half of our innings. We fell 10-15 runs short. The second half wasn't good for us. The guys who were out in the middle can learn about what shots can be played. These things can happen. Losses like these will make us understand what works as a team.”
The 35-year-old added that they did well with the ball to take the game to the last over considering the start Sri Lanka had. Rohit said, “The spinners bowled aggressively and got wickets in the middle overs, but Sri Lanka held their nerve. We thought with the bigger boundary we could use the spinners well. But the plan didn't work out. Their right-handers batted for very long. I thought of bringing in (Deepak) Hooda and using the longer boundaries. But I was happy with the three seamers.”
Rohit added that India need to find answers as a team, like where they are with five bowlers. He also refused to believe that the Men in Blue need to worry on a long-term basis. He asserted, “No long-term worries, we have lost only two games back to back. Since the last World Cup, we haven't lost too many games. These games will teach us. We wanted to put ourselves under pressure in the Asia Cup. We are still looking for answers. These were two back to back games of close finishes.”
India will take on Afghanistan in their last Super 4 match in Dubai on Thursday, September 8.
--By A Cricket Correspondent