Maxwell will be replaced by D’Arcy Short for the final T20I against Sri Lanka. The hosts have already won the series 2-0. 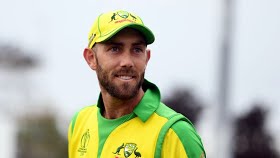 “Glenn Maxwell has been experiencing some difficulties with regards to his mental health. As a result, he will spend a short time away from the game. Glenn was proactive in identifying these issues and engaging with support staff,” CA’s Support Team psychologist Dr. Michael Lloyd said while issuing an official statement.

Maxwell smashed a quickfire 62 runs in the first T20I and was not needed with the bat in the second as Australia chased down Sri Lanka's total of 117 with ease.

Australia head coach Justin Langer told the media about the development in Melbourne. “Even though he had those incredible innings in Adelaide and fielded like a genius, I don’t think he got much joy out of it. He’s not having that much fun at the moment, even though he has that smile on his face when he plays.

“He’ll get assessed in Melbourne the next day or so and like all injuries, we’ll work out where he’s at and when he will play again, hopefully, happier and healthier which is more important," Langer revealed.

“When you build relationships with people you sense when they’re not quite right and I asked him the day before the Adelaide game and that’s when he said we probably need that little chat," the coach further added about Maxwell.

The final T20I against Sri Lanka will be played on Friday.