Dean Elgar will lead South Africa against England Lions in a three-day practice match before four-Test series next month. South Africa struggled in the Champions Trophy and the World T20 last year, but Elgar feels it won’t affect the team’s five-day chances.

"What's happened throughout the summer with the one-dayers and the Champions Trophy and the T20s is in the past. It’s time to crack on with the proper format of Test cricket now," he told cricinfo.

South Africa have won in Australia three times, and New Zealand twice though they were lost 3-0 in India. "It's a different energy that's within the Test side. Irrespective of how things have gone in the past, the energy is always in a good place for Test cricket," he added. 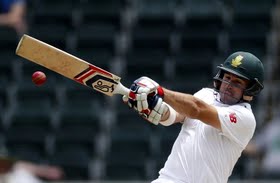 There is uncertainty in the camp as AB de Villiers' Test retirement talk is on, and a few others might also not be available depending on the situation. But Elgar feels, "England also seem to be a team that is going through a bit of a change with a new captain. I'm sure he has got his own things he wants to implement and I'm sure they are not 100% sure of their final XI.”

Heino Kuhn will open with Elgar at the top after Stephen Cook was dropped. On his new partner, Elgar added, "Heino is a highly experienced player back home. He has played a lot of seasons of cricket and he is quite familiar with his game-plans at the moment. It's great to see him finally get an opportunity.

"Heino and I are best of mates. We've been that for many years back home and we open the batting together back home. He is not unfamiliar to me. I'm sure our chemistry will go out onto the field," he further said.