MS Dhoni has the ability surprise like few others in Indian cricket. Two years after his shock retirement from Test cricket midway through the Australian tour, Dhoni, on Wednesday, stepped down as captain of India in the ODI and T20 format

MS Dhoni has the ability surprise like few others in Indian cricket. Two years after his shock retirement from Test cricket midway through the Australian tour, Dhoni, on Wednesday, stepped down as captain of India in the ODI and T20 format. The decision comes just days ahead of India’s one-day series against England at home. Dhoni’s sudden decision to step down can’t exactly be seen as a bolt from the blue, since the pressure had been growing on him following mixed results with bat and as leader. Virat Kohli’s simultaneous Test success wasn’t helping his case. Still, the timing of his decision is somewhat surprising.

Dhoni stepping down should mean Kohli taking over as leader in all formats, unless of course, the selectors have something else in mind. While Dhoni may no longer be the skipper, he has made himself available for the selection for ODI and the T20 series against England. The selection committee will be meeting on Friday to choose the team for the one-day series against England. 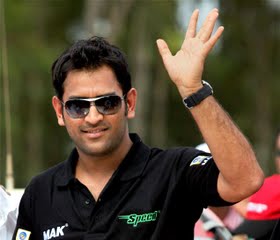 "Mahendra Singh Dhoni has informed the BCCI, that he wishes to step down as the captain of the Indian Cricket Team from the One Day Internationals and the T20 Internationals formats of the game," a Board of Control for Cricket in India (BCCI) release stated.

Mr Rahul Johri, Chief Executive Officer of the BCCI said, "On the behalf of every Indian cricket fan and the BCCI, I would like to thank MS Dhoni for his outstanding contribution as the captain of the Indian team across all formats. Under his leadership, Indian team has touched new heights and his achievements will remain etched forever in the annals of Indian cricket."

Dhoni is considered among the greatest limited overs cricketers in the world. Under him, India won the inaugural World T20 in 2007, the ICC World Cup in 2011 and the Champions Trophy 2013. He has also led IPL team Chennai Super Kings admirably. Under him, CSK won the IPL as well as the now-defunct Champions League T20. Although his Test record was bloated following embarrassing away losses, he did lead India to the number one ranking courtesy an excellent home run.

Dhoni has an enviable record in limited overs, averaging over 50 with the bat after 283 games, and with 9000 plus runs to his name. Behind the stumps, he has taken 267 catches apart from effecting 92 stumpings. At his peak he was regarded among the best finishers in the game, who hit the match-winning six in the 2011 World Cup final. In 73 T20s, he averages nearly 36 with the bat. Dhoni also holds the record for most matches as captain of an international side -- 331 games across formats.

Of late though he has struggled. India lost the ODI series 1-4 in Australia at the start of 2016, and only just sneaked home to a 3-2 series win against the New Zealanders at home. Dhoni, though, would undoubtedly be remembered as India’s finest limited overs leader. Over to Virat Kohli.