The Indian squad for the first three ODIs against England was announced on Sunday, minutes after India’s surprising win at the Kotla. Sadly, there were no surprises in the team selection. Virender Sehwag was expectedly dropped and Cheteshwar Pujara was drafted in, a deserved choice.

The Indian squad for the first three ODIs against England was announced on Sunday, minutes after India’s surprising win at the Kotla. Sadly, there were no surprises in the team selection. Virender Sehwag was expectedly dropped and Cheteshwar Pujara was drafted in, a deserved choice. At the same time, however, Gautam Gambhir and Rohit Sharma retained their places in spite of consistent failures while there was no break in store for any of the other members of the batting outfit – Suresh Raina and Virat Kohli, in particular, deserve a breather having played most of the ODIs and T20s, (in Kohli’s case even Tests). It wasn’t to be though as the selectors stuck to the struggling bunch. 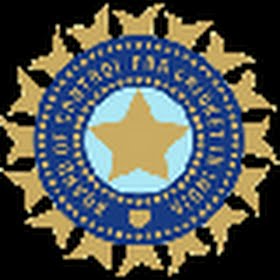 Earlier in the day, another team selection was announced. Cricket Australia (CA) chose their squad for the first two ODIs against Sri Lanka. And, not surprisingly, the choices made were by far the most impressive ones in recent times and, more significantly, were based on pure cricketing logic, and ones that would benefit the team in the long run and not just in the near future. A comparison between the two teams selected on the same day gives a clear indication of the gulf that exists between the two nations when it comes to team selection.

Keeping all emotions aside, Australia had decided to drop Mike Hussey from the one-day side even though he was keen to play in one final ODI series. Giving the retired veteran a go wouldn’t have caused much harm to Australia’s chances since he still hasn’t lost his golden touch completely. But, the Australian selectors were clear that they needed to prepare for the 2015 World Cup in right earnest, and keeping Hussey in the side would have meant travelling in the wrong direction. Sometimes tough decisions need to be taken in team selections, and the Aussie selectors deserve kudos for not falling prey to sentiments in Hussey’s case.

The Aussie selectors also handed out well deserved breaks to Michael Clarke, who has played many marathon knocks over the past year as well as David Warner, who has featured prominently in all three formats of game in the last two months. Clarke and Warner are two prime members of the Australian outfit. Yet, the selectors haven’t shied away from giving them some much-deserved rest knowing well that their absence could hamper the team’s chances against the Lankans. At the same time, the men in charge of Australian cricket are also aware that to get the best out of the players they need to give them time away from the game so that they can come back rejuvenated.

Another sensible move that was made was to rest Matthew Wade and bring back Brad Haddin. It is clear that Australia have finalised Wade and Haddin as their two best wicket-keepers, and would rotate them around so that neither is overburdened. In recent times, Wade has done the bulk of the work for the team, and it’s now Haddin’s turn to stand up. Cut to India, and look at what we have done with M S Dhoni. He hasn’t got a break from any format of the game for pretty much too seasons now. Expecting Dhoni to keep in all formats of the game and then perform with bat and lead the team as well is exceedingly unfair. Dhoni hasn’t complained so far, but while his batting in ODIs has remained top notch, his performance in Tests as well as his leadership skills have taken a severe beating.

An Aussie-like approach is the only way Team India can move forward.