Honestly, it was only a matter of time. Jacques Kallis, the most complete cricketer of the modern era, has announced his retirement from the five- day game at the end of the Boxing Day Test against India.

Honestly, it was only a matter of time. Jacques Kallis, the most complete cricketer of the modern era, has announced his retirement from the five- day game at the end of the Boxing Day Test against India. As illustrated in a previous article -- In numbers: Jacques Kallis’ 9-Test barren run -- the 38-year-old averages only 22.4 in his last nine Tests, having scored just 337 runs with a couple of half-centuries, and a highest score of 60. His last Test century actually came more than a year back, against the Aussies at Brisbane in November 2012. 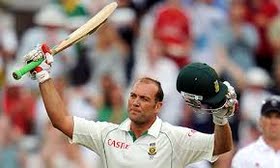 Kallis would be keen to end his Test career on a high at Durban, but for now it is time to look back and reflect on his fantabulous career. Going into his final Test, Kallis has featured in 165 Tests and has amassed 13174 runs with 44 hundreds, 58 fifties at an average of 55. Kallis’ highest Test score is 224. Among the other jewels in his crown, Kallis is currently the fourth leading run-scorer in Test cricket, and is second on the list of most centuries. This easily places him on the list of great batsmen in modern era, alongside Tendulkar, Ponting, Lara and Dravid.

While Kallis is on par with the other great batsmen on the list in every aspect, he is way ahead of the rest when it comes to being the complete all-round cricketer. Apart from the number of runs and hundreds to his credit, Kallis has also grabbed 292 wickets at an average of 32.5 with seven five-wicket hauls and best bowling figures of 6/54. That is not all, Kallis is just one short of 200 catches heading into Durban, which puts his second on the list of cricketers with most catches, only Dravid is ahead of him.

No other cricketer over the last two decades has had such impact on the sport as Jacques Kallis has had. There have been a few all-rounders who have also tasted success at the international level over the last 20 years, but none of them have been as successful or as consistent as Kallis. South Africa themselves have had the likes of Lance Klusener and Shaun Pollock, but while Zulu was out of the team much before he could exploit his full potential, Pollock’s batting was nowhere as good as his bowling although he possessed a lot of talent.

Among the other teams, Andrew Flintoff and Chris Cairns represented England for New Zealand respectively for a prolonged period, but their careers suffered due to injuries, and there were also times when they could not live up to the expectations. Not surprisingly, their figures pale in comparison to the legendary all-rounders of the game. Kallis thus must be seen in the same light as names like Gary Sobers, Imran Khan and Richard Hadlee, who represented their country with great distinction, and were the most reliable player in their team. In fact, it would apt to conclude that Kallis is the best all-rounder the game has ever seen since Sobers.