The series has already been decided, but Pakistan have a chance at Headingley to demonstrate whether they can recover from thrashing they took at Trent Bridge. The reputation of Pakistan's bowlers were shredded to pieces as they were smashed for a world record score of 444 for 3.

The series has already been decided, but Pakistan have a chance at Headingley to demonstrate whether they can recover from thrashing they took at Trent Bridge. The reputation of Pakistan's bowlers were shredded to pieces as they were smashed for a world record score of 444 for 3. And, there was no Wanderers repeat as Pakistan don't have the batting talent that South Africa possessed a decade ago to hunt down the then world record total. Instead, they succumbed to a big loss, despite a couple of brave efforts by their batsmen against adversity.

Pakistan will find it difficult to pick themselves up, with the series also gone. It remains to be seen whether they can find some motivation from somewhere. They still have pride to play for after all. Both their batsmen and bowlers will have to come up with significantly improved efforts than they have done so far. The bowlers will particularly be under the scanner after the Trent Bridge clash. It would be illogical to make random changes, but a couple could be effected. Wahab Riaz went for 110 in the last game. He could be replaced by someone like an Umar Gul, who has the experience, but hasn't been tried out so far.

Pakistan's batsmen must also lift their game. Sarfraz Ahmed has been the only batsman for the visitors who has been contributing consistently. And, while Pakistan will be keen for him to carry on the good work, they would be seeking significant contributions from the rest as well. Azhar Ali has got one good score, but as captain he needs to lead from the front with the bat. Sharjeel Khan broke free in the last game with a rapid half-century. That is good news, but Pakistan would need bigger scores from him. In the middle order, Pakistan will be desperately seeking runs from Shoaib Malik, who has just not looked in his elements in this series.

As for England, they have everything going for them. The batting is in stupendous form at present. Alex Hales, the biggest point of worry for England, going into the third ODI, responded with a record-breaking 171, to lead the team's charge in the series-winning match. Joe Root carried on his sizzling form, missing out on another century that was his for the taking. Jos Buttler and Eoin Morgan also blasted whirlwind fifties to further England's advantage. The only reason why the carnage ended was because only 50 overs could be bowled per side. Jason Roy was the only batsman to miss out, and would be keen to make amends. 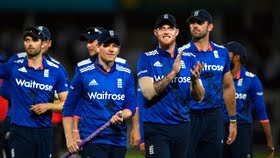 In the bowling department as well, England have been impressive. Mark Wood has recovered well from injury, and has been steaming into the opposition. Pakistan haven't been able to get him away easily. At the other end, Liam Plunkett too has used his height and pace to good effect. Chris Woakes hasn't slipped since his Test success, and has continued to remain among the wickets. In the spin department, Adil Rashid has done a decent job, while Moeen Ali has been required to do much, either with bat or ball.