Pakistan will take on Australia in a match that will be crucial for both sides to keep their hopes of making the semi-final alive. Both teams go into the clash at Mohali with underwhelming performances in their previous game.

Pakistan will take on Australia in a match that will be crucial for both sides to keep their hopes of making the semi-final alive. Both teams go into the clash at Mohali with underwhelming performances in their previous game. Australia narrowly survived an embarrassment against Bangladesh, somehow getting home in the end. This was after they froze in the chase against New Zealand in their opener. On the other hand, Pakistan put by a shabby bowling effort against the Kiwis, and the batsmen weren't good enough to rescue them, despite a rollicking start. They desperately need to find a way to stay alive.

Even if Australia lose to Pakistan, they will still be in contention for a semi-final spot. But, that will then come down to a net run rate situation, which the Aussies will like to avoid as things can get really tricky. They would prefer to have their fortunes in their own hands. Under the current scenario, if they beat Pakistan at Mohali, the India-Australia clash will become a virtual knockout game. On the contrary, if Pakistan manage to end up beating Australia, which they are definitely capable of doing, they too would remain alive with a mathematical possibly. They would then need Australia to beat India, and hope they have a better run rate compared to those two sides.

Australia may have beaten Bangladesh, but they have a lot of work to do in both the batting and bowling departments. Their batsmen really haven't fired in the manner that they should have. In fact, apart from Usman Khawaja no one has looked comfortable out in the middle. Shane Watson needs to bring his experience into play, and score quickly at the top. What has hurt the Aussies in the two matches so far is the lack of application shown by their middle order. It is about time skipper Steven Smith and David Warner come to the party. They would also be pondering upon bringing in Aaron Finch. If the middle order sets things up, the task for power hitters like Mitchell Marsh and James Faulkner becomes easier.

Playing spin may be Pakistan's strength, but in this tournament, most sides, including the Asian ones have struggled. And so, it hasn't been surprising that Adam Zampa stood out with his bowling effort in the match against Bangladesh. With the pace bowlers, barring the cunning Watson, not making much of an impression, Australia will be pondering upon playing the extra spinner in Ashton Agar. His inclusion also strengthens the batting. In spite of the victory against Bangladesh, Australia's weak bowling stood exposed as Mahmudullah took them on with ease. Hence, Australia need to work out a better strategy. 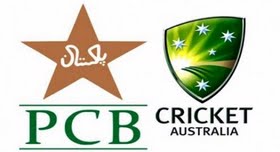 Poor strategy is also one of the key reasons why Pakistan have struggled in the World T20. After tearing Bangladesh apart, they erred in the big match against India, leaving out Imad Wasim on a rank turner. Then, against New Zealand, they fell short in the chase, in spite of a brilliant start provided by Sharjeel Khan. Their best batsmen Shoaib Malik and Sarfraz Ahmed came in only when the match was well out of the team's grasp, with Shahid Afridi promoting himself. In what will perhaps be his last match for Pakistan, Afridi must come up with better tactics. They also need to put up a better bowling effort. Mohammad Amir will need to come to the party, if they want to keep their faint hopes alive.