The BCCI announce the 15 member squad for the ICC World Cup 2015. No Place for Yuvraj Singh, Fit-Again Ravindra Jadeja Picked

The Board of Control for Cricket (BCCI) in India have announced the 15 man squad for the World Cup 2015. No Place for Yuvraj Singh, Fit-Again Ravindra Jadeja Picked. 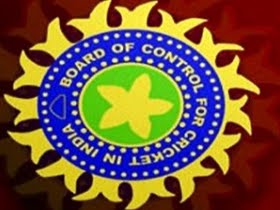 - That's that then! India's World Cup squad has been named, with very few surprises in it. World Cup 2011 hero Yuvraj Singh missed the bus while Ishant Sharma, missing the SCG Test due to injury, has earned a spot. Rookie spinner Akshar Patel and fit-again Ravindra Jadeja will accompany Ravichandran Ashwin to complete the spin troika. India have steered clear of options like Robin Uthappa and Murali Vijay for back-up opener's spot and stuck by middle-order floater Ambati Rayudu, who can also double up as back-up wicketkeeper.