Sandeep Patil's selection committee has announced its first Indian squad this afternoon since taking over from the old panel. The selection is crucial in the sense that the Tests against England are being looked at as a revenge series by India.

Sandeep Patil's selection committee has announced its first Indian squad this afternoon since taking over from the old panel. The selection is crucial in the sense that the Tests against England are being looked at as a revenge series by India. Also, it will be a new beginning for India, with the home series against England to be followed by shorter format matches against Pakistan. Further, Australia would also visit India for a series, which again is being billed as a revenge series, considering India had a torrid time Down Under. Keeping all this in mind, the Selectors must have come up with the squad that they announced in the afternoon. 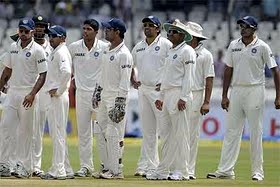 To be honest, not many surprises are there in the squad for the England series starting in Ahmedabad on November 15, for most of the players pick themselves on reputation. The question is whether all of them are still good enough to represent India at the highest level. A number of them have struggled continuously over the past year or so. But as expected India has decided to play it safe at least against England, for they do not have suitable replacements as now. May be if the seniors continue to struggle against England as well, the selectors might finally start looking beyond some of the big names.

There are injury scares for both Virender Sehwag and Zaheer Khan, who were handicapped to an extent due to their niggles during their respective Ranji Trophy games, but they have made it to the starting squad since the opening Test is still more than a week away. Along with Sehwag, his opening partner Gautam Gambhir has also made the cut despite his failures in the Ranji game as well. India would be concerned for sure though as this has been more than temporary loss of form for both Gambhir and Sehwag.

The big news has definitely been the recall of Yuvraj Singh. Having been away from the Test squad for well over a year, Yuvraj has not only battled cancer successfully but has also proved his form and fitness in domestic cricket. The left-hander slammed a magnificent double hundred in the Duleep Trophy for the North Zone. He followed that by a composed half-century and a five-wicket haul for India A against the visiting English side. These performances were more than enough to earn Yuvraj a return to the Test squad.

Yuvraj’s comeback has meant that S Badrinath finds himself out again for no fault of his. The Tamil Nadu batsman has been unlucky in the past as well, having been dumped without being given an opportunity to prove his worth in the past as well. It was obvious to see Suresh Raina lose his place in the squad because of his failures at the Test level. While Ajinkya Rahane has got a berth in the squad, the unlucky Manoj Tiwary continues to be in the waiting list.

As for the spinners, R. Ashwin and Pragyan Ojha picked themselves as automatic choices. Harbhajan Singh seems to have got a recall on the based of his performance in the World T20. All in all, nothing sensational has come out from Patil’s first national selection meeting.