The Aussies will leave for the UK on Saturday. A pay dispute between Cricket Australia (CA) and the Australian Cricketers' Association (ACA) has led to a bit of uncertainty among the players.

Speaking to the media, however, Lamming said, "It's definitely been spoken about. It's not something you can hide away from. As a squad, once we get over to the UK, we are just focused on playing cricket. Our job and priority is to go over there and play really good cricket and win games. 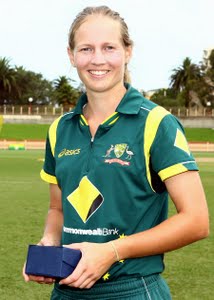 "We won't be distracted by it all. Everything is in place. The ACA and Cricket Australia are talking - everything is fine contract-wise," she added. "There is a temporary contract that is going to be in place for the World Cup."

"It's certainly a step in the right direction. We weren't not happy with it, I guess, but ... it's a whole player agreement, and we are fully behind all players, male or female, state, international, so that's where we are at with the players," Lanning commented.

But, the controversy is around CA's bid to overhaul the current revenue-sharing model. “All the players are behind a revenue-share model for all cricketers. We have been able to stay really strong and we will continue to do that," Lanning explained.