India beat New Zealand by six wickets in the first ODI at Dharamsala on Sunday. Here’s a look at some interesting stats from the opening one-dayer

India beat New Zealand by six wickets in the first ODI at Dharamsala on Sunday. Here’s a look at some interesting stats from the opening one-dayer.

Hardik Pandya who picked up 3 for 31 in the match finished with the fourth best figures by an Indian on ODI debut. The best figures by an Indian on debut are 3 for 21 by the little known Noel David against West Indies in 1997. Varun Aaron’s 3 for 24 against England in 2011-12 are the next best on debut by an Indian followed by Subroto Bannerjee’s 3 for 30 against West Indies in Perth in 1991-92. Unfortunately, neither of the three could build on their great starts. It remains to be seen where Hardik heads from here. 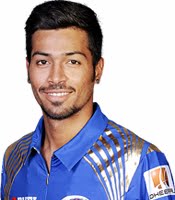 Hardik meanwhile also became the fourth Indian player to win a man of the match on ODI debut. Recently, Lokesh Rahul won the match of the match for his debut hundred against Zimbabwe. Mohit Sharma and Sandeep Patil are the other Indians who ended up as man of the match in their very first one-day match.

Leggie Amit Mishra is now the quickest Indian spinner to reach 50 wickets. He reached the landmark in 32 matches. The previous best by an Indian spinner was by Ravichandran Ashwin, who took 34 matches to reach the landmark. Among Indians, Ajit Agarkar (23 matches), Mohammad Shami (29 matches) and Irfan Pathan (31 matches) have got to 50 wickets in fewer matches than Mishra.

Indian Test skipper Virat Kohli, who remained unbeaten on 85 from 81 balls. This is Kohli’s 38th score of fifty or more in 92 innings that he has batted when India have chased.

New Zealand opener Tom Latham became the first player from his country to carry his bat in an ODI. This is Latham’s fourth fifty against India on the current tour.

New Zealand’s innings can be divided into two parts. They were 65 for 7 at one stage, but yet ended up making 190. This means their last three wickets added 125.

This was India’s first win against New Zealand in the recent six attempts. Out of the previous five, India lost four and one was drawn.

Six New Zealand batsmen fell for single figures in the match. Ross Taylor registered his third duck of the tour to add to the ones he got in the Tests at Kanpur and Indore.

Luke Ronchi also registered his second duck of the series. After crossing 30 in each of the four innings during the first two Tests, his fortunes have dipped. He has managed only 15 runs in his last three visits to the crease.