The Brad Haddin led Sydney Sixers clinched the Champions League 2012 by thrashing home team Lions by 10 wickets with 45 balls in a one-sided Final at Johannesburg.

The Brad Haddin led Sydney Sixers clinched the Champions League 2012 by thrashing home team Lions by 10 wickets with 45 balls in a one-sided Final at Johannesburg. The match was in the pockets of the Sydney Sixers after the Lions had slipped to a disastrous 9 for 4 in the 4th over.

The Lions were rocked back at 32 for 5 in 7 overs after Haddin’s decision to open with spin at both the ends proved to be decisive. The homeside though went onto post a total of 121 thanks to a crucial knock from left-handed Jean Symes, who scored 51 (from 46 balls with 8 fours). For the Sydney Sixers, Nathan McCullum and Josh Hazlewood took three wickets each. 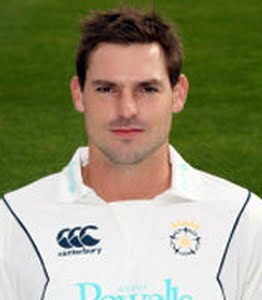 After a couple of watchful overs, the Sydney Sixers got going with Michael Lumb playing his shots freely while Brad Haddin took it easy and gave his partner more of the strike. Lumb finished the match with an entertaining 82* (from 42 balls with 8 fours and 5 sixes). Brad Haddin helped himself to 38* (from 33 balls with 4 fours and a six). The run chase was done and dusted in just 12.3 overs! The Sixers completed the tournament by staying unbeaten for six games in a row!

Toss and Teams: Sydney Sixers have won the toss and asked the Highveld Lions to bat first on a sunny evening at The Wanderers in Johannesburg. Both the sides are unchanged from their Semi Final line-ups. Brad Haddin, the Captain of the Sydney Sixers is playing despite an injured thumb.

The pitch for this match is said to be a batting paradise. So any total that the Lions put up may be difficult to defend at this ground.