This is the best opportunity for us to win our first series in South Africa: Cheteshwar Pujara

India’s No. 3 batter Cheteshwar Pujara feels that India’s fast bowlers could be the difference between the two teams in South Africa. Pujara pointed out that India have always done well away from home when their fast bowlers have delivered, whether in Australia or England. Even on the previous tour, while India lost 1-2, their pacers came up with some excellent performances.

India’s tour of South Africa will begin with the Boxing Day Test at the SuperSport Park in Centurion. Ahead of the series, there was a massive controversy in India as Virat Kohli opened up about the manner of his sacking as ODI captain by BCCI.

Looking ahead to the Test series, Pujara was quoted as saying by ESPN Cricinfo, "Our fast bowlers have been the difference between the two sides whenever we have played abroad. If you look at the Australia series, even if you look at the England series, we have done exceptionally well as a bowling unit and I am sure that will be the case even in South Africa.” 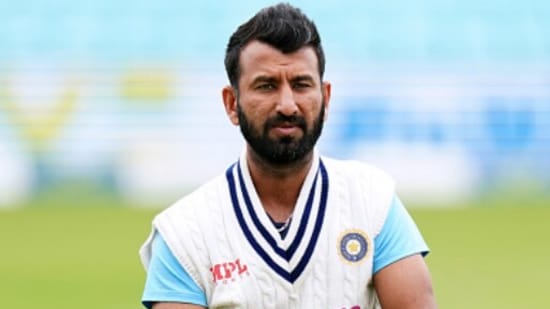 "Our fast bowlers are our strength and I hope that they will be able to utilise these conditions and give us 20 wickets in every Test match," he went on to add.

India beat Australia 2-1 in a four-match series the start of the year and were leading 2-1 in England when the last Test was called off. According to Pujara, India have their best chance of winning in South Africa this time. He opined, "The good thing is we played a couple of Test matches in India. So most of the guys are in touch, and when it comes to preparation, the support staff has been excellent. They have been supporting us well and we have five or six days more before we head into the first Test," said Pujara.

The Indian cricket team arrived in South Africa a few days back. India will be without opener Rohit Sharma, who was ruled out of the Tests due to a hamstring injury. KL Rahul has been named vice-captain for the Tests in Rohit’s absence.