The decision to exclude leggie Amit Mishra from the Vizag Test after just one poor Test has not gone down to well with two former India captains Sunil Gavaskar and Sourav Ganguly. Mishra managed only three wickets across the two innings at Rajkot, and was axed from the playing eleven for the second Test, with Jayant Yadav being handed a surprise Test debut.

Speaking to NDTV, Gavaskar said he was rather surprised at the decision to drop Mishra after just one poor Test. "It's surprising that Amit Mishra has been dropped. I think he has been made a scapegoat for India's failure to bowl out England in the 1st Test in Rajkot," Gavaskar stated. 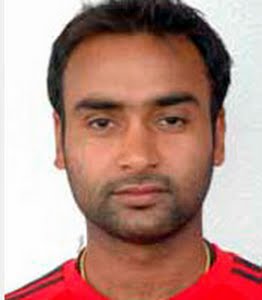 Ganguly too echoed similar sentiments while speaking exclusively to espncricinfo. “I think it was quite a harsh decision (to drop Mishra). This was the ground where he got 5 for 15 against New Zealand in the last ODI a couple of weeks ago, so he deserved to play. As much as it was a good wicket for Ashwin and Jadeja, it was a good wicket for Mishra as well. I think he should have played this game. He would have got a lot more turn on his surface, and he also bowled well in the second innings at Rajkot.”

The former captain advised current coach Anil Kumble not to panic very quickly. “I think Anil Kumble should not panic so quickly in home Test matches, after just one draw. We won three in a row against New Zealand, but we are not going to win every Test match. So, from that point of view I felt that Mishra was harshly dealt with. Hopefully, he (Anil) will put an arm around Mishra’s shoulder and tell him that he is in the scheme of things,” Ganguly further told espncricinfo.

Meanwhile, Gavaskar was all praise for Virat Kohli and Cheteshwar Pujara for their first-day tons. "Virat Kohli puts high-price on his wickets. He has hunger for hundreds. And it's not just his progress as a batsman, but his progress as a person has been phenomenal as well. He is a wonderful role model,” Gavaskar told NDTV.

On Pujara's performance, he added, “Cheteshwar Pujara's transformation has been great. He is playing a lot more shots. I hope his strike rate encourages IPL teams to pick him."

India ended day one of the opening Test at Vizag on 317 for 4 after winning the toss and deciding to bat first. The first Test of the five-match series at Rajkot ended in a draw.