Steven Finn out of Ahmedabad Test

England have received a blow of sorts ahead of the opening Test at Ahmedabad with its fastest bowler Steven Finn ruled out from playing.

England have received a blow of sorts ahead of the opening Test at Ahmedabad with its fastest bowler Steven Finn ruled out from playing. The 23-year-old Finn had picked up a thigh strain during England’s first warm-up match in Mumbai and so far hasn’t recovered fully.

On Finn, Skipper Alastair Cook according to the ECB website has been quoted to have said: “Steven won’t be available for tomorrow’s Test match. It’s just come a little bit to early. He’s made some fantastic progress with the injury. It’s come on better than we thought, but unfortunately he’s not going to make it. It’s too big a risk to go into a game, any Test match, but especially in these conditions with a guy whose not 100 per cent and hasn’t bowled.” 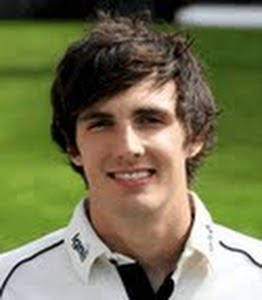 The visitors are likely to play Stuart Broad though who may not be a 100% fit because of a bruised heel he sustained a few days back. It is learnt that Broad has recovered from the injury but hasn’t quite tested his fitness in the warm-ups leading to tomorrow’s First Test.

The vacant spot in the XI caused by Finn’s exit will see the trio of all-rounder Tim Bresnan, seamer Graham Onions and left-arm spinner Monty Panesar competing with each other. Meanwhile news from the Indian camp is that their lanky fast bowler Ishant Sharma has been eased out of the XI because of a viral fever. Ashok Dinda, the wiry Bengal pacer is in the squad as his cover.