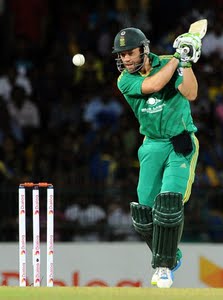 Pitch report :In the space of 10 days, Pakistan and South Africa will play four Twenty20s, in what can be seen as the one of the longest mini-series the format has seen to date. In reality, these are two separate contests. The first one was planned months ago, as the dessert to South Africa's ongoing UAE tour. The second was hastily arranged as a snack for South African cricket supporters who will see less of India than was originally scheduled. Together, they will script an intriguing narrative across continents that will rigorously examine the skill of both sides four months ahead of the World Twenty20. For both teams this is the first of seven matches before the global event. Pakistan will play Afghanistan and Sri Lanka, while South Africa have three matches against Australia to fine tune. There is still time to find combinations but they will both want to settle on them quickly and allow players time to adjust to their roles. For South Africa, the main decisions will be with the top order and the seam-bowling trio, while Pakistan will look to settle on a middle order and find an allrounder. They will be considered favourites, especially on current form, and have the added incentive of becoming the top-ranked team in Twenty20 cricket should they sweep the series. South Africa, though, have all the confidence having won the ODIs.

This is the only format in which Pakistan have dominance over South Africa. Of the eight matches the two teams have contested, Pakistan have won four and lost three with one abandoned. But, two of South Africa's three victories over Pakistan have come in the UAE, both in Abu Dhabi, on the 2010 tour