Stats: Hundreds in both innings of a Test by Indians

With Ajinkya Rahane registering a hundred in both innings of the Feroz Shah Kotla Test at Delhi against South Africa, we look at other Indians who have achieved the same

With Ajinkya Rahane registering a hundred in both innings of the Feroz Shah Kotla Test at Delhi against South Africa, we look at other Indians who have achieved the same.

Vijay Hazare: Back in January 1948, Hazare was the first Indian to score a hundred in both innings of a Test, that too on Australian soil, in Adelaide. Even as a weak India succumbed to defeat by an innings and 16 runs in the match, Hazare’s heroics stood out. After Australia posted a mammoth 674 in their first innings, Hazare led India’s defiance with a brilliant 116. He batted 303 balls and hit 14 fours in his knock. India managed 381, and had to follow-on. In the second innings, it was again Hazare who gave the Indian innings some respectability. He made 145 from 372 balls with 17 fours. Despite his brave efforts, India could not prevent an innings defeat. 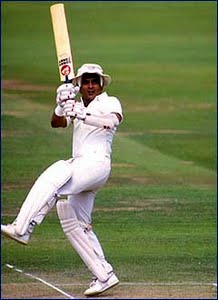 Sunil Gavaskar: The little master achieved the feat thrice during an illustrious career, the first of which came in his memorable debut series, at Port-of-Spain. In a drawn Test, Gavaskar scored 124 in the first innings against West Indies, in 392 minutes with 11 fours, and added a glorious 220 runs in the second innings, under pressure after West Indies had posted 526. Gavaskar’s 220 came in 529 minutes, and he hit 22 fours.

The second instance of him scoring hundreds in both innings came against Pakistan at Karachi in 1978. Although the hosts won by eight wickets, Gavaskar gave it his all to prevent an Indian defeat. He made 111 in the first innings and 137 in the second. Another batting legend, Javed Miandad got a hundred and a fifty in the match. In the same year, Gavaskar got two tons against West Indies at Kolkata. In another drawn encounter, he made 107 in the first innings, and an unbeaten 182 in the second.

Rahul Dravid: Another Indian great, Dravid achieved the feat twice, the first time against New Zealand at Hamilton in January 1999. He made 190 in the first innings, batting for 490 minutes, hitting 31 fours. In the second innings, he made an unbeaten 103 from 136 deliveries. The match was drawn as Sourav Ganguly also got a hundred. He got a hundred in each innings six years later, against Pakistan at the Eden Gardens. In a match-winning effort, Dravid set up the Test for India with his first-innings 110. He proceeded to hit 135 in the second innings. Thanks to Dravid, India set Pakistan 422 to win, and claimed victory by 195 runs.

Virat Kohli: Before Rahane, the present Indian Test skipper had achieved the feat. Kohli made 115 and 141 even as India went down to Australia by 48 runs. Kohli’s first-innings 115 ensured that India responded with healthy 444 to Australia’s 517. Then, chasing 364, Kohli put India in a position of strength with his scintillating 141. But, Kohli was seventh man out with 304 on the board, and India collapsed to 315 all out after being 242 for 2 at one stage.