The problem list for Team India ahead of the Durban Test

India and South Africa played out a highly entertaining draw at Johannesburg. While India would have been disappointed not to close out the game after dominating it for nearly four days, they still took plenty of positives out of the game.

India and South Africa played out a highly entertaining draw at Johannesburg. While India would have been disappointed not to close out the game after dominating it for nearly four days, they still took plenty of positives out of the game. Heading into Durban, India would be keen to continue their good work. The draw was a credible result considering the lack of practice they got heading in to the Test. Still, India have some worries which they need to deal with heading into the Durban Test. 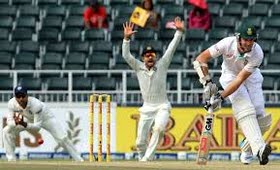 First and foremost, the form of opener Shikhar Dhawan remains a major worry. The left-hander, who arrived in South Africa with plenty of big scores to his name, has struggled in a rather surprising manner. Dhawan has not registered a single half-century on the tour, and has never looked like getting near one. He has been found out against the short ball, and has also fallen to strokes while playing on the up. Dhawan has had a wonderful 2013, but unless he comes up with a big score at Durban, questions marks would persist over his Test ability away from home.

It was only his third Test, but Rohit Sharma also had a pretty poor game at Johannesburg to go with his failures in the one-dayers. Disappointingly, Sharma looked good for a while in the first innings at Jo’burg and had got his eye in when he threw his wicket away playing an atrocious shot. In the second innings, he got one that kept low, and couldn’t do much to avoid the ball from hitting the stumps. Sharma could consider himself unlucky, but he has only himself to blame as he did not value his wicket when he had the opportunity.

The performance of Murali Vijay would also be under scrutiny. He held one end up for a decent period of time in the second essay at Johannesburg, but as an opener a bigger score is expected of him. He will have to show that he can score handsomely away from home as well. There are some serious issues for India in the bowling department as well – the biggest of them being the form of R. Ashwin. He had a poor series in Australia last year, but the fact that he went wicketless at Johannesburg in spite of bowling numerous overs is also a danger sign. India expected a lot of him especially on day five, but Ashwin disappointed.

Considering Ashwin’s ineffectiveness, India might well be pondering whether to play Bhuvneshwar Kumar or Umesh Yadav at Durban, a surface which is known for its pace and bounce. Overall, India’s second- innings bowling was also a big jolt for the side. Ishant Sharma, Zaheer Khan and Mohammed Shami, all of whom were effective in the first innings, failed to repeat their success on the final day. Had it not been for some quick wickets towards the end of the match, South Africa might well have chased down the record total. India definitely have plenty of work to do at Durban.