The First Test Match between Sri Lanka and England will begin tomorrow at the Galle International Stadium. It’s an incredibly short tour of Sri Lanka for England with just the two Test Matches to be played! While the 1st Test begins tomorrow at Galle, the 2nd Test is on the 3rd of April at the P Sara Oval in Colombo.

For England, it’s all about showing the Cricketing World that they do deserve the No.1 Test Ranking. It’s not going to be easy considering that England were whitewashed in the UAE 0-3 against a spin-oriented Pakistan attack. Sri Lanka will be similar for the English boys with the pitches here expected to be sluggish and helpful for the spinners. So it will be another big Test for England against quality spinners. 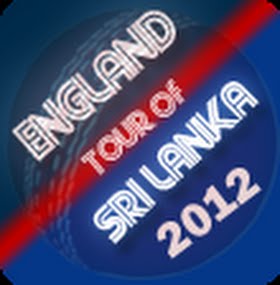 Sri Lanka after quite some time will be back playing on their home turf. The Lankans have been busy playing lots of cricket of late and in the Asia Cup, they did look like a jaded outfit. It will be the first time that Mahela Jayawardene will leading Sri Lanka in Test Matches in his second innings as the Captain.

The advantage will be with Sri Lanka but their batsmen need to score big to set up the matches for their spinners.

Live Cricket Scorecard and Text, Audio Commentary of SL Vs Eng, 1st Test at Galle can be followed online at: http://www.cricwaves.com/cricket/1345/england-vs-sri-lanka-1st-test-26-Mar-2012/Summary.html