Teammates will take brilliant catches and drop some easy ones: Umesh Yadav

However, Indian speedster Umesh Yadav defended the Indian fielders. "In cricket, it happens. Teammates will take brilliant catches and drop some easy ones. It's part and parcel of the game. You can't be disappointed as you have to try and create more chances. In cricket, you can't grab every catch that comes your way. We have some of the best fielders in our side and it happens with all teams,” Yadav was quoted as saying by TOI in a PTI copy. 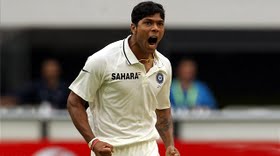 The fast bowler from Vidarbha, who has managed seven wickets in the series so far is usually criticised for being loose. But, in this series he has been unusually tight. Umesh explained what’s changed by stating. "I am improving day-by-day with more matches that I am playing. I talk to my coaches Anil bhai (Kumble) and Sanjay bhai (Bangar). Pace comes with a disadvantage. If you don't pitch it right, you will go for runs. They advise me to bowl in one particular area. My impact area is outside the off-stump from where I can bowl my outswingers and make the batsmen play a lot more."

Umesh added that he was surprised England did not score more than 268 for 8. He told PTI that the wicket was easy to bat on, and that there was not much turn for the spin bowlers. "I think it could have been better as the spinners are not getting enough turn. It's easy to play spinners. It's okay but they could have got more. The wicket hasn't changed much. Some balls may have gone up and down but I think the pace of the wicket is same."

Umesh was further quoted in the PTI copy as saying that once the ball got old it became soft, and the bowlers actually did not have it all that easy. "It's a bit difficult when the ball gets old as you won't get pace and carry with the ball getting soft. But there is still something in the wicket. It's a bit cold and there's some moisture in the wicket. The ball is moving,” he added.

The pacer got rid of Haseeb Hameed with a brilliant delivery early in the morning, and came back to dismiss Chris Woakes with the second new ball. Umesh said he was happy he could make the ball swing. "It's not that if the wicket is flat, the new ball won't swing. If you have the belief, you can swing the new ball. Me and Shami knew that we can swing it till the ball remains new. We were trying to bowl outside off-stump channel from where we were bowling the outswingers as there was good carry and pace off the pitch."