Former Indian skipper Sourav Ganguly has stated in no uncertain terms that he doesn’t believe cricket can survive without the T20 format.

“Twenty20 is must for cricket. Without T20, cricket cannot survive,” Ganguly was quoted as telling the media. He also hoped India won the T20 series by clinching the crucial decider.

“They played very well in the one-day series. I hope they win the match on Saturday. We have Manish Pandey, Hardik Pandya and others have come in to play in our Indian side. We have to give them time to become the likes of Virender Sehwag and Harbhajan Singh,” he saisai 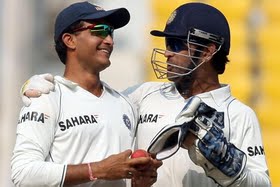 Ganguly was also all praise for wicket-keeper batsman MS Dhoni. “You got to respect the contributions made by him and others too will get an opportunity to shine,” he added.

The India-South Africa T20 series is tied 1-1 at the moment.