Sacked former Indian selector Mohinder Amarnath’s revelation that the hugely influential BCCI president N. Srinivasan overturned the ouster of M S Dhoni as skipper has sent shockwaves through the Indian cricketing fraternity. While it has always been known that Indian cricket selections do not always take place on the basis of cricketing logic, Amarnath’s statement has only reinforced thatso muchis wrong with the way the richest cricketing body in the world functions. And, as things stand, the chances of things improving are as slim as Bermuda winning the World Cup trophy. 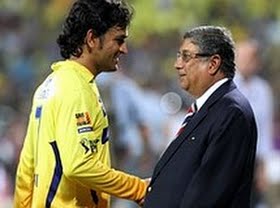 Jimmy, as Amarnath is fondly known, and the Indian selectors have always shared a love-hate relationship from the ex-cricketer’s playing days. It thus didn’t come as a surprise that Amarnath, who was touted to take over from Krish Srikkanth as chairman of selectors, was instead sacked from the committee altogether. The reason wasn’t very clear back then, but now we know why. According to Amarnath, all the selectors were in favour of replacing Dhoni as skipper, but Srinivasan overturned the decision, which was absolutely fair considering Dhoni had lost 8 consecutive Tests as captain away from home, and also he hadn’t been doing anything with the bat.

It is saddening to see the way cricketers are being treated in our country. Amarnath, the biggest hero of our 1983 World Cup win, who was the man of the series in both the semi-finals and finals, didn’t have the say in the selection decision even though he wasn’t part of the committee. We all know that Amarnath wanted the good of Indian cricket. For sure, he must have been the most vocal of all selectors to ask for Dhoni’s head. He is just that kind of a person, who believes in speaking his mind, but look at the sort of treatment he has been given for all his loyal services to Indian cricket.

As expected a lot of feathers have been ruffled in Indian cricket following Amarnath’s revelation. Srikkanth and Kiran More, both former chairmen of selectors, blasted their ex-colleague for bringing out in open what went on behind closed doors. Well, they may have a point of their own, but the writer believes India’s cricket fan has the right of know about everything that goes on in Indian cricket, if for nothing else then for the kind of loyal fan following they give even the most overrated of cricketers. In that sense, the Indian cricket fan must be thankful to Amarnath, for letting us know that his selection committee was seriously concerned about the good of Indian cricket, but in his own words, he was pushed to a corner.

This latest controversy only reiterates why many big names stay away from taking up challenging roles in Indian cricket. They hardly get a chance to make a call on any significant issues. Someone more influential, who, in all probability, has more things apart from the future of Indian cricket at stake, calls the shots. Is it just a co-incidence that Srinivasan is the owner of CSK, the IPL team of which Dhoni is captain? We wonder.