Sourav Ganguly not to play in IPL 2013

Former Indian Captain Sourav Ganguly has almost ended his cricketing career. Dada has decided not to play for the Pune Warriors in the next IPL.

Former Indian Captain Sourav Ganguly has almost ended his cricketing career. Dada has decided not to play for the Pune Warriors in the next IPL. The southpaw has also decided not to play in the Ranji Trophy for Bengal. However, the Bengal Cricket Association is confident that he could play whenever the team would need his services. 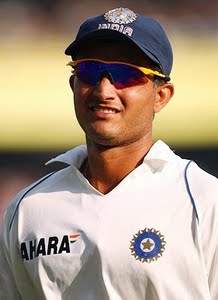 Sourav Ganguly had retired from International Cricket in November 2008 after a Test Series against Australia at home. Since then he has played in the IPL and the Ranji Trophy and saw his form and skills fade away quickly. The last season for the Pune Warriors was a disaster as Ganguly held his place in the XI only because of being the Captain otherwise with his poor batting show was a complete liability in the team.

The 40-year-old Ganguly has successfully transformed himself into a Television Commentator for Star Cricket. The former Indian Captain is now aiming to become the Coach of the National team in the future. Ganguly had made his first-class debut way back in 1989/90. He played for the India Under-19s and then went onto play for India in a down under tour of Australia in 1991/92 before disappearing from the limelight. It was back in 1996 that Ganguly emerged out of nowhere and his controversial selection for the tour of England saw the rise of one of India’s greatest batsmen and of course a great Captain who changed the face of the Indian Cricket team.