Kevin Pietersen must be given a fair trial

The saga over Kevin Pietersen and his run-ins with England players and the board just don’t seem to end. The latest in the episode is that the South African-born controversial cricketer wants teammates James Anderson and Graeme Swann to be investigated.

The saga over Kevin Pietersen and his run-ins with England players and the board just don’t seem to end. The latest in the episode is that the South African-born controversial cricketer wants teammates James Anderson and Graeme Swann to be investigated, as he feels the duo could have been the culprits who fed out information to the person who handed the fake Pietersen account on twitter. While Pietersen doesn’t have any proof of the same as yet, all we can say isthat the talented batsman deserves a fair trial as he has apologised for his misdeeds and has expressed his desire to return to international cricket. 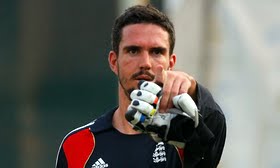 Although Pietersen hasn’t been given a new central contract by the English Cricket Board (EBC), he could still make a comeback into the team provided the issues between him and the board as well as the players are settled in a mature manner. And for that, a compromise formula has to be worked out. If both sides remain rigid, England cricket will be the biggest loser. Pietersen, for one, has done the right thing by admitting his guilt. But, he must openly discuss with the ECB and coach Andy Flower the issues he’s facing as a player.

Also, if Pietersen is of the view that a couple of players from the current England squad have been ganging up against him, there is no harm in investigating the same. The rules should be same for all players, and one party alone shouldn’t be taking all the stick. If the ECB doesn’t conduct an inquiry into Pietersen’s latest allegations, it would reek of bias on their side. An investigation doesn’t mean putting blame on certain players in any way. Yes, certain tough questions may be posed before the players under probe, but it is the need of the hour if the dirt in England cricket is to be removed.

The bottomline in this entire fiasco is that England is not half as good without Pietersen in the side. This was clearly evident against South Africa in the Tests. Of course, England is right in believing that Pietersen is not bigger than the country. He has said and done certain things which he shouldn’t have. But, it is also a fact that he has showed remorse for the same, and apologised publicly, for which he should be commended.

It is up to England cricket now to figure to whether they want Pietersen back or not. One wonders whether the exit of Andrew Strauss would the axed batsman’s return easier. After all, it were his comments on the former English captain that led to Pietersen’s outset. While this would remain a matter of conjecture, the significant part would be how the ECB goes about its manner of reconciliation. Will it stick to a ‘we are right, you are guilty stand, or will it give Pietersen a chance to explain what went wrong? Pietersen’s future now rests in ECB’s choice.