Following the drawn T20 series, Pakistan and Sri Lanka now face off in the longer version of the shorter format of the game. Despite the teams being evenly matches in the T20s, Pakistan will go into the one-dayers with a slight upper hand.

Following the drawn T20 series, Pakistan and Sri Lanka now face off in the longer version of the shorter format of the game. Despite the teams being evenly matches in the T20s, Pakistan will go into the one-dayers with a slight upper hand. This is because, they are the only team to have a great record against the Lankans even in the latter’s home den. Further, Pakistan have won five of the last six games played between the two sides. This, however, is an altogether new series and Sri Lanka would be looking to make a fresh start.

For the Lankans to do well, they will need good support for their two key players Mahela Jayawardene and Kumar Sangakkara. More often than not in Pakistan-Lanka contests, the two stalwarts have risen to the occasion only for the others to let the team down. This team has a more balanced look though and hence Jayawardene would be hopeful of himself and Sangakkara getting good back up. Significantly, they will want both Jayawardene and Sangakkara to be on top of their game.

Among the other key players, Lanka would be hoping for crucial contributions from their explosive opener Tillakaratne Dilshan. If Dilshan can get the team off to a flying start, the job for the rest becomes that much easier. Further, runs would also be expected from Dinesh Chandimal, who was consistency personified in Australia and Upul Tharanga, who has surprised many with his ability to hold an end up down the order.

All-rounders are a crucial part of Lanka’s set up. Accordingly, the partnership of Angelo Mathews and Thisara Perera with both and ball will be decisive. More often than not in recent games, it has been their efforts that have proved to be the difference between victory and defeat. As for the bowlers, the bulk of the responsibility will again rest on the shoulders of Lasith Malinga and Nuwan Kulasekara. 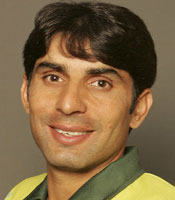 Shifting focus to Pakistan, the ODIs will mark the return of Misbah Ul Haq as skipper. Having been axed for the T20 squad, Misbah would have a point to make for sure. From the team point though, he will expect plenty from Mohammad Hafeez, the man who replaced him as leader in T20s, with both bat and ball. The comeback of left-arm Sohail Tanvir will also strengthen their ODI squad. Tanvir was penetrative in the T20s and is likely to be picked over Mohammad Sami.

Pakistan had a torrid time against England in the UAE one-dayers, however they will do well to remember that they are Asia Cup champions. Having said that, they need to play like that now. For that, Misbah will look for support from a senior pro like Younis Khan. And while Shahid Afridi has improved almost alarmingly well as a bowler, his batting has gone downhill in equal proportions. It will be difficult for him to change that, but for Pakistan’s sake, at least Umar Akmal should show some better consistency.

With both teams almost evenly matched, the battle may well be decided by which team makes fewer mistakes.