Kolkata Knight Riders came into the CLT20 on a high having won the fifth season of the Indian Premier League. However, two games into the event and their boat appears in shaky waters.

Kolkata Knight Riders came into the CLT20 on a high having won the fifth season of the Indian Premier League. However, two games into the event and their boat appears in shaky waters. They were below par in both the games against Delhi Daredevils and Auckland, and deservedly ended up on the losing side. On the other hand, Perth Scorchers also had a bad start to the tournament, going down to Titans in their opening clash. Their batting let them down very badly, something which they’ll need to improve upon against KKR. 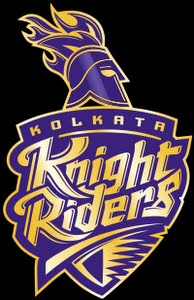 Poor batting has been mainly responsible for KKR disappointing results in the two matches so far. Manvinder Bisla and Brendon McCullum have been the only batsmen to look good. All the others, including skipper Gautam Gambhir, have failed. It is thus essential for KKR that the likes of Jacques Kallis, Manoj Tiwary and Shakib Al Hasan and Yusuf Pathan stand up and deliver.

Bowling wise, better support is needed for Sunil Narine. Even as the spinner has continued to impress, Laxmi Balaji, Shakib as well as Pradeep Sangwan have been below par. The only way KKR can come out of the rut is if their batting and bowling clicks together.

The Scorchers have similar issues to KKR. They do not have match winning bowlers in their squad. Against Titans, only Nathan Rimmington was effective. He will need support from Michael Beer and veteran Brad Hogg among others. The latter in particular needs to deliver. He has the experience, but time is running out for him.

Batting isn’t their strong suit either although things can change if former internationals Herschelle Gibbs and Simon Katich can deliver the goods. Then, they also have skipper Marcus North, who can chip in. The performance of Mitchell Marsh with the bat would have pleased Scorchers, and if brother Shaun can also get among the runs, they can hope to upset KKR.

Again on paper, KKR are stronger, but those sides have hardly won any games in the CLT20 thus far.