MS Dhoni banned again for slow over-rate; to be out of Sri Lanka Match

India Skipper MS Dhoni has been suspended from playing in the 8th Match of the CB Series Vs Sri Lanka because of slow over-rate in the previous game.

India Skipper MS Dhoni has been banned for a match for the second time in this tour by the ICC due to slow over-rate. Dhoni’s team struggled to bowl their quota of 50 overs in the 7th match of the CB Series yesterday against hosts Australia at the Gabba in Brisbane. The visitors in the humid conditions took a little more than 4 hours to bowl their overs with a few players struggling with cramps.

According to the ICC, Dhoni’s team fell short by two overs after consideration from the Umpires regarding several stoppages in play caused by sightscreen adjustments, player injuries etc. The Captain of the Indian team MS Dhoni has been handed over a one match suspension which means that he will have to sit out from tomorrow’s game against Sri Lanka at the Gabba. 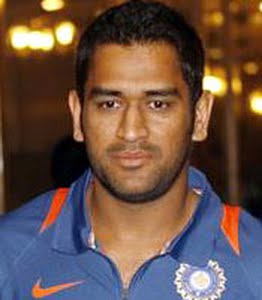 According to an ICC Media release, Andy Pycroft of the Emirates Elite Panel of ICC Match Referees imposed a 40 per cent fine on Dhoni while each of his players received 20-per-cent fines. The ICC release also states that the offence is contrary to Article 2.5.1 of the Code which relates to over-rate offences and reads: “where the actual over rate in any Test Match or any other International Match of at least four days in duration is up to (and including) five overs short of the Minimum Over Rate, or, in any One Day International Match, Twenty20 International Match or any other International Match of fifty (50) or twenty (20) overs per side up to (and including) two overs short of the Minimum Over Rate, such an offence shall be considered a "Minor Over Rate Offence'."

Meanwhile, Virender Sehwag has been named as the stand-in captain for tomorrow’s game. It’s going to be an interesting scenario as Sehwag was having back spasms according to MS Dhoni during the toss in yesterday’s match. Now whether Sehwag is fit or not for tomorrow’s match against Sri Lanka remains to be seen. Replacing MS Dhoni behind the stumps will be the reserve Wicket Keeper Parthiv Patel.