BCCI's rotating policy for premier players has put to rest Shreyas Iyer, Yuzvendra Chahal, Arshdeep Singh, Ravindra Jadeja and Suryakumar Yadav for the three-match ODI series in Zimbabwe, scheduled to be held from August 18 to 22 in Harare. They were part of the recently concluded ODI series in the West Indies.

The squad of 15 includes Kuldeep Yadav, Washington Sundar and Rahul Tripathi, who has received a maiden ODI call-up. KL Rahul is still unfit following sports hernia surgery and due to the COVID-19 infection. He believes a couple of more weeks are required to make a comeback.

After about six months. Deepak Chahar has returned to the team following his recovery from a back injury. He last played in February this year in a T20I series against West Indies at home. He picked up an injury and underwent rehab thereafter at the National Cricket Academy (NCA) in Bengaluru. The quadriceps tear subsequently made him sit out of the Indian Premier League (IPL), even though he was the biggest buy for Chennai Super King in the 2022 auction. 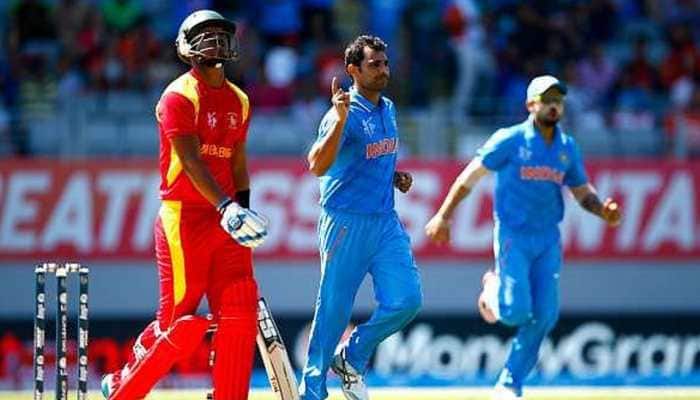 Washington lately recovered from his hand injury. He last represented India in the ODIs against West Indies. His most recent cricketing was in the County Championship and he represented Lancashire.

Kuldeep lately was nodded with go-ahead signal from the NCA medical team following recovery from a right wrist hairline fracture. The injury forced him to sit out of the South Africa T20I series at home and Ireland as well as England tours. He is currently on a West Indies tour for the five-match T20I series. He last played in the IPL representing Delhi Capitals.

Even though Tripathi was called for his maiden cricketing for Team India for the T20I series against Ireland in June, he failed to make it into the playing 11. However, he gained fame in the T20s and particularly while playing in the IPL matches. He has a good track record in the ODI. He pocketed 1209 runs in 43 List A games. He scored 199 runs from five matches in the 2021 Vijay Hazare Trophy.

Shikhar Dhawan will lead the team as he did in the recently concluded West Indies ODI series. Rohit Sharma will remain out of the squad. Mohammed Shami, Rishabh Pant, Jasprit Bumrah, Hardik Pandya and Virat Kohli too have been rested during the Zimbabwe series.

The Zimbabwe three-ODI series tour is to start on August 18 and wrap up on August 22, five days before the Asia Cup that is scheduled to be held in the UAE. The first-choice players including Ravindra Jadeja, Jasprit Bumrah, Virat Kohli, Hardik Pandya, Rishabh Pant and captain Rohit Sharma have put to rest for the tour to make them available fresh for the Asia Cup.

The selection of the 15-member squad for the Zimbabwe ODI series tour was easy for the BCCI, but the difficult task would be while picking the players for the upcoming Asia Cup. The deadline is August 8 and it is speculated the players picked would be the same for the T20 World Cup, which is scheduled to be held in October and November in Australia. It is believed the same team may play the T20I matches against Australia in September and South Africa in October. This means the players may get enough games before the World Cup.

It is believed that KL Rahul, Jasprit Bumrah and Virat Kohli would be included in the Asia Cup squad. They have been missing lately due to health and personal reasons.

The current T20 five-match series players on the West Indies tour have the last chance to claim their stakes in the Asia Cup. The selectors are keeping an eye on the games. India is leading by 1-0 and four more matches are to be played. Two of the five matches will be played in the United States.