Poor batting led to India A’s downfall against Windies A

Although A games are more about good practice for both teams, India A would have been mighty disappointed to have lost the three match one-day series 2-1 against West Indies A.

Although A games are more about good practice for both teams, India A would have been mighty disappointed to have lost the three match one-day series 2-1 against West Indies A. The dejection would have been greater since they had the more experienced players in their midst, were playing in familiar conditions at home and, more importantly, had won the first ODI rather comprehensively. It is rather difficult for a side to come back and win a three-match series after losing the first one. However, West Indies managed the same credibly, but it must be said that India played a big hand in the same.

Poor batting was the major cause of India’s failure in the series. In Indian conditions, chasing any score close to 300 should not be that difficult a task. However, the hosts faltered twice in a row. In the second match, they needed 280 to win but folded up for 224 and in the decider they had to achieve a much harder 313 and managed only 267. Most of their set batsmen failed to convert starts in these two games, which was the key reason why they couldn’t overcome the West Indian challenge. Had at least one of the players got a hundred, things could have been different. 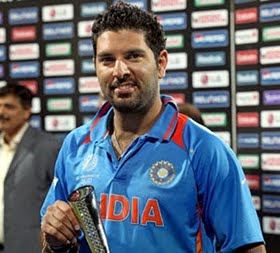 In spite of the loss there were undoubtedly a few positives for India A, none bigger that the form of their skipper Yuvraj Singh. Plenty of eyes were on him as he began his effort to reclaim his spot in the international side. The left-hander had a very promising series. He showed plenty of class of old in the opening ODI when he cracked that brilliant ton. Singh got substantial scores in the other two matches as well. If time out in the middle was what he was looking at, the veteran cricketer got plenty of it.

Yusuf Pathan was another man for whom this short series was extremely significant. The all-rounder, who got married some months back, was hoping for his poor luck to change so that he too could claim a spot back in the Indian side. Pathan showed great signs in the first match with a bludgeoning 32-ball 70. Unfortunately, he couldn’t repeat the magic in the next two games as India found themselves under pressure chasing big scores. Baba Aparajith’s 78 in the final ODI was the only other score of note for India in the series.

West Indies A, on the other hand, had plenty to cheer about. After the drubbing they got in the opening ODI, they recovered magnificently. Hundreds from Jonathan Carter and Kirk Edwards in successive games were instrumental in Windies clinching the two matches, and with it the series. When one batsman gets a hundred, the 30s and 40s automatically become a lot more potent. This is what India failed to achieve. The bowlers also backed up the batsmen very well, with some unheralded names putting their hands up. India A were pretty much caught napping.