The Kings XI Punjab are now the fourth team to be eliminated from the IPL leaving Mumbai Indians, Chennai Super Kings and the Royal Challengers Bangalore to fight for the remaining two spots in the play offs.

David Warner produced one of the most destructive innings of this IPL as Kings XI Punjab crashed out of IPL 5 following a 6-wicket defeat against Delhi Daredevils at the HPCA Stadium in Dharamsala. Warner bludgeoned 79 from 44 balls with 10 fours and 4 sixes as Delhi Daredevils though with a few hiccups overhauled the target of 142 with 10 balls to spare.

The Kings XI Punjab are now the fourth team to be eliminated from the IPL leaving Mumbai Indians, Chennai Super Kings and the Royal Challengers Bangalore to fight for the remaining two spots in the play offs.

It was a smashing start for Delhi Daredevils as David Warner gave no chance for the Kings XI Punjab to make any sort of inroads. His opening partner Unmukt Chand showed some promise by striking two sixes in his 18 (from 24 balls) while putting up 82 runs in 9 overs for the 1st wicket with Warner. 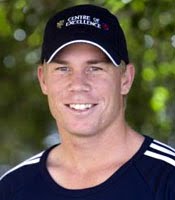 Just when the Daredevils were cruising towards a crushing victory, David Warner (79) departed in the 13th over slashing Ryan Harris to point. Although, Delhi needed just another 33 runs from this stage, they really had to work hard as Harris and Azhar Mahmood troubled the new batsmen with their seam movement. Y Venugopal Rao stood tall with an unbeaten 21 (from 19 balls with 2 fours and a six) to finish the game for Delhi Daredevils.