Otago almost into Semis after Super Over win against Lions

Otago, the team that has performed consistently playing super quality cricket has brightened its chances of making it to the Semi Finals from Group A.

Otago, the team that has performed consistently playing super quality cricket has brightened its chances of making it to the Semi Finals from Group A. At the Sawai Mansingh Stadium, Otago Volts had two tied contests against the Highveld Lions. First was in the 20-over contest and then the Super Over also producing a tie. Otago Volts were declared as the winners as they hit more boundaries than the Lions in the 20-over contest. Lions with this defeat have crashed out of the tournament with three defeats in 4 matches.

Asked to bat first under cloudy conditions, the Highveld Lions were anchored by young left-handed opener Quinton de Kock. The 20-year-old who has already played for South Africa went onto score an unbeaten 109 from 63 balls with 10 fours and 5 sixes. This was the second hundred of CLT20 2013 after Neil Broom’s hundred against Perth Scorchers. De Kock was the only batsman who performed for the Lions and as a result they could only post 167 for 4 on the board despite his century. As usual James McMillan bowled well for Otago Volts troubling the batsmen with his pace off the track to end up with figures of 4-0-23-1. 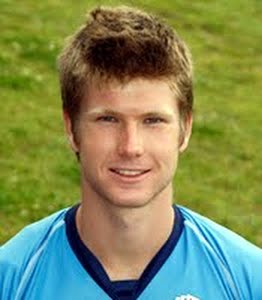 Otago were on the backfoot in the second half losing its key batsmen Neil Broom and Skipper Brendon McCullum early to slip to 27 for 2 by the 4th over. Hamish Rutherford for the first time in this tournament looked good for a long haul before throwing it away scoring a 21-ball 32. Ryan ten Doeschate threw his wicket away cheaply after getting caught at covers in an early drive to leave Otago in a mess at 97 for 4 in the 13th over.

Just when Otago were ruled out of the match at 101 for 5, James Neesham brought them back in the contest out of nowhere with his calculated big hits. Neesham took the match to the last over with Otago needing 11 runs to win. However, after hitting a six and taking a single, Neesham lost strike for the last three balls and was stranded at the non-striker’s end helplessly. His partner Neil Wagner failed to put bat to ball when it came to two runs from the final ball and could only steal a bye to end the game in a tie.

In the Super Over, Otago scored 13 off Sohail Tanvir and Lions chasing it were all out for the same score to tie that as well. Jimmy Neesham, who played an all-round role in Otago’s victory got the Man of the Match award ahead of centurion Quinton de Kock.