Wasim Khan, Chief Executive Officer of the Pakistan Cricket Board (PCB) has dismissed all reports claiming that Pakistan will not send its team to India for the 2021 World T20 if the BCCI

Wasim Khan, Chief Executive Officer of the Pakistan Cricket Board (PCB) has dismissed all reports claiming that Pakistan will not send its team to India for the 2021 World T20 if the BCCI doesn’t send India to Pakistan for the Asia Cup to be held this year.

Quite a few prominent media outlets ran stories with the above angle. However, speaking to Sportstar from Lahore, Khan clarified, “This has been completely taken out of context. Even though we would still want to host the Asia Cup in Pakistan, the Asian Cricket Council needs to decide on what it will do about the matches involving India.”

Explaining the matter further, Khan added, “It’s absolutely incorrect. What I would like to say is that we are concerned about security issues and also there could be issued in attaining visas. But we are confident that things will ease out over the period of time.” The statement more or less confirms that Pakistan will take part in the World T20 in India to be held in 2021, irrespective of the fate of this year’s Asia Cup. 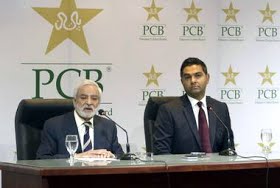 Earlier reports quoted Khan as saying in The Dawn, "It is not the prerogative of the PCB or the ICC to change the host as it was the decision of the Asian Cricket Council (ACC). We are currently considering two venues to host the Asia Cup.” He added, “If India doesn't come to Pakistan for the Asia Cup, we would also refuse participation in the 2021 T20 World Cup there."

The BCCI has made it clear that it will not tour Pakistan for the Asia Cup tournament, thus putting the tournament in jeopardy. After over a decade, Test cricket returned to Pakistan recently as Sri Lanka toured the country in December.

The 2018 Asia Cup was held in the UAE, and this time too the venue might not be Pakistan, and the event is likely to be held at a neutral venue. “If India wants to play at a neutral venue, the ACC will have to look into the matter and decide accordingly,” Khan further told Sportstar.

India last toured Pakistan in 2008 while the last Test series between the arch-rivals was played in 2008. Pakistan had visited India for a short limited-overs series in 2012. Since then, they have only met in major multi-nation events like the World Cup, Asia Cup, and the Champions Trophy.