Australia smashed New Zealand 3-0 in the latest edition of the Chappell-Hadlee series at home. Here’s a look at the top performers from the series

Australia smashed New Zealand 3-0 in the latest edition of the Chappell-Hadlee series at home. Here’s a look at the top performers from the series.

David Warner: The Australian opener was in fine form in the series. He smashed 299 runs in three matches at a splendid average of 99.66 with two hundreds. After starting the series with 24, he blasted 119 at Canberra in the second match to lead the Aussies to win. Then, in the final ODI at Melbourne, he singlehandedly took the team to victory with 156. He was dismissed off the last ball of the innings, as Australia posted 264 and eased to victory, registering a 3-0 triumph. 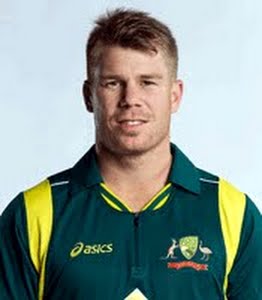 Steven Smith: The Aussie skipper returned to form with a very good batting exhibition. He made 236 runs in three innings in the series at an average of 78.66 with one hundred and one fifty before finishing the series with a duck. Smith began the series by blasting 164 in the opening match at Sydney, and followed it up with 72 at the Manuka Oval. In both the games, he played significant roles in Australia’s victory. In the wake of recent reverses, it was a good turnaround for Smith.

Pat Cummins: The Australian fast bowler finished as the top wicket-taker in the series. Having missed a number of games in international cricket over the last few years, it was in impressive effort from Cummins. He claimed eight wickets in the series at an average of 16.12, an economy rate of 5.33 at a strike rate of 18.1. After starting the series with 2 for 62 at Sydney, he picked up 4 for 41 at Canberra, his best ODI figures, and finished with impressive figures of 2 for 26 in the final match at Melbourne on Friday.

Martin Guptill: He was the only New Zealand batsman who looked comfortable against the Australian bowlers. The Kiwi opener finished the series with 193 runs at an average of 64.33, and a strike rate of 110.28. He began the series with 114 at Sydney in a losing cause, his first hundred against Australia in international cricket. Guptill followed it up with 45 and 34. While Guptill looked confident out in the middle, he would be disappointed that he did not convert the start he got in the last two matches.

Travis Head: He made a significant contribution in the series with 146 runs at an average of 48.66, at a strike rate of 90.12. Head had a support act to play in all three matches, beginning with 52 at Sydney and following it up with 57 at Canberra and a hard-fought 37 at Melbourne. With the ball, he claimed two wickets while maintaining at economy rate of under five.