The top two-ranked teams of the Indian Premier League (IPL) 2022 as of now, the Lucknow Super Giants (LSG) and the Gujarat Titans (GT), will meet in match number 57 at the Maharashtra Cricket Association (MCA) Stadium in Pune on Tuesday. LSG have moved to the top of the points table with four wins in a row. Gujarat are on the same number of points as Lucknow but have lost their last two matches and have a lower run rate

In their last match, Lucknow clobbered a hapless Kolkata Knight Riders (KKR) by 75 runs. Batting first, they put up a competitive 176 for 7 on the board. KL Rahul’s dismissal without scoring was a blessing in disguise as Quinton de Kock lifted his game and hammered 50 off 29. Deepak Hooda continued his good form while Marcus Stoinis also played a handy cameo.

The bowling has been top-class with Avesh Khan, Mohsin Khan, Jason Holder and Dushmantha Chameera all making significant contributions. Leggie Ravi Bishnoi has struggled a bit so LSG will be hoping for better performances from him. 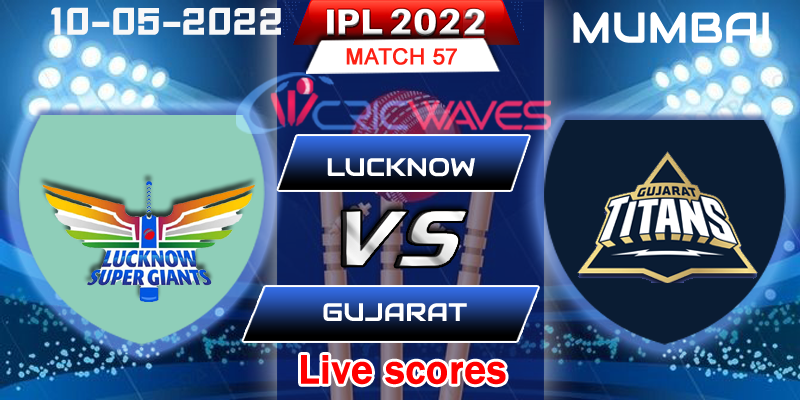 Gujarat will be disappointed with their loss to the Mumbai Indians (MI). It was a match they should have won. They dominated for the most part but let the game slip in the last few overs. The batting collapse will be a concern. Wriddhiman Saha and Shubman Gill got fifties but the rest faltered. This was the second game in a row that the batting faltered.

In the bowling department, Rashid Khan stood out in the last game. Lockie Ferguson and Mohammed Shami have been good overall, but have had a tendency to be expensive in recent matches. GT would seek improvement in that department.