Very good players are usually very good, no matter at what position you put them in: Scott Styris on Suryakumar Yadav

Former New Zealand all-rounder Scott Styris has heaped praise on Indian batter Suryakumar Yadav, describing him as a versatile batter who provides the X factor that some other batters might not have. After a few low scores in recent matches, Suryakumar smashed 76 off only 44 balls in the third T20I against West Indies in St Kitts.

The performance, which enabled India to take the 2-1 lead in the five-match series, also saw SKY rise to the second position in the ICC Men’s Rankings for T20I batters. He is only behind Pakistan captain Babar Azam now. 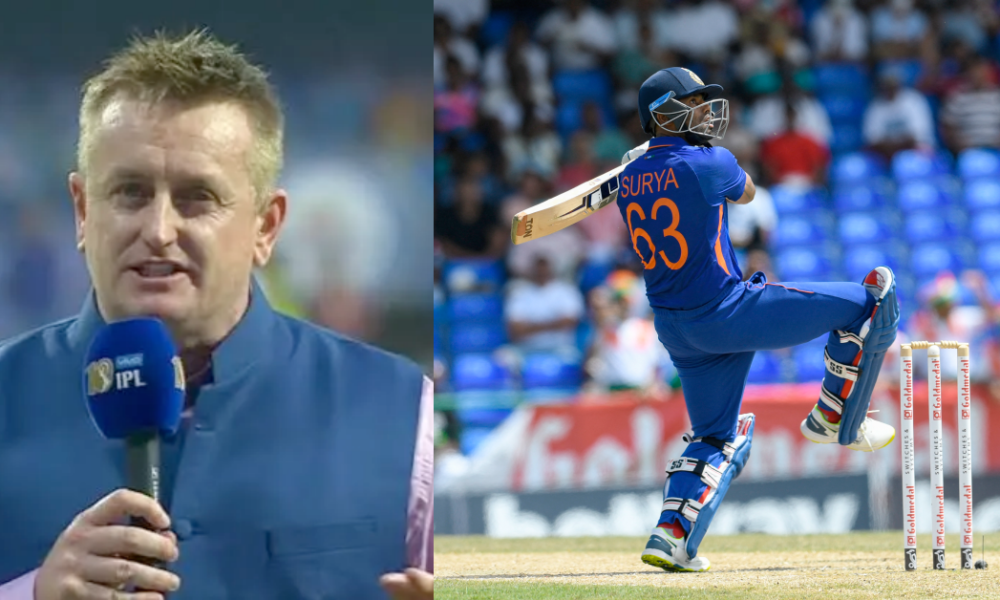 Speaking on Sports18’s daily sports news show ‘Sports Over The Top’, Styris asserted that he is pleased and not surprised by Suryakumar’s success because he has the ability to bat anywhere in the order and do well. Sharing his thoughts on the 31-year-old opening the batting for India, he said, “Well, very good players are usually very good, no matter at what position you put them in. So, no, I am not surprised that he has made a great fist of opening the batting, but what a problem to have.
“I am incredibly jealous and envious of India's issues at the moment. This is a first world problem. Should he open? Should he be at three? How tough is it for you guys going right now? But yeah, I think you might see some seniority step in here and maybe that means SKY might be down at number four,” added Styris.
Styris added that Suryakumar is a versatile batter because he has the unique ability to hit the ball in funny areas. The former Kiwi cricketer elaborated, “That makes it incredibly difficult for the opposition captains to have to defend the field. He can hit 360 degrees. He is not traditional. It is not always over long on or over long off. It’s really over extra cover, fine leg against pace bowlers, which means that he's got so many options.
“When that's the case, he provides that little X factor in terms of something different to the other batsman around him, doesn't always have to be left hand right hand. It can be what areas of the ground and what types of bowling you really do succeed against. And that is one of the strengths he has,” Styris concluded.
Having made a belated international debut, Suryakumar has notched up 648 runs in 22 T20I matches at an average of 38.11 and a brilliant strike rate of 175.60. Apart from one hundred, he also has five fifties to his name in the format.
–By A Cricket Correspondent